I first heard of this versatile fellow on twitter when he released Cocoa Faces. As usual, I didn’t want to be caught up in the hype and go listen and be disappointed, not in him but myself so I tried to avoid him or the track as much as I could.

Next up, he released Very. Paid no heed to that either. I finally decided to give this Long-named musician a chance when That New dropped so I followed the link and man was I blown away.

Bryan The Mensah is by far one of the few artists who have literally come up with a totally different style and practically own It. His style is a breath of fresh air that sets him apart from his peers. To me, he’s one of the artistes we ought to look out for in the near future.

I’m very certain we are all hyped for his debut album which is scheduled to drop in 2021.

BRYAN THE MENSAH is a Ghanaian artiste and producer using Hip Hop, rap and other music forms to communicate social nuances of our time. BTM’s passion for music is deeply engrossed in his ability to play on words and flow almost as melodic as the beats he rides on.

In his new 8-track Extended Play, BTM takes in the prowess of Nigerian music machine Odunsi the Engine, Tim Lyre and Ghanaian hip-hop meister Jayso among other amazing artists and producers to create the masterpiece that is ‘Friends with the Sun’.

‘Friends With The Sun’ is basically about facing your fears, understanding them and turning them into an opportunity to grow.

More information about the EP is available on his official website: bryanthemensah.com

This EP is filled with very energetic and lush sounds that will have any audience jamming at one moment and then reflecting on themselves in the next moment. It features amazing artists such as Kwesi Arthur, Jayso, Tim Lyre, Seyyoh & Fii. It also contains production credits from Nigerian Billboard charting producer Odunsi (The Engine), Drvmroll and Producer of E.L’s ‘Lalafalama‘, Ghost LXXXVIII.

The effort BTM put into the project is very commendable- the amazing artwork, great choice of artistes and an amazing selection of beats make FWTS one of the best projects to have come out this year!!

Stream ‘Friends With The Sun’ by BRYAN THE MENSAH On SoundCloud here and don’t forget to share: 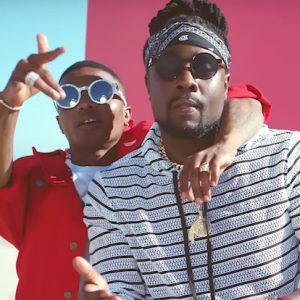 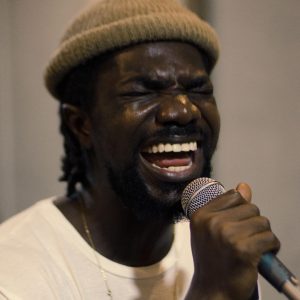