In this article, we take a look at our 10 Best African musician websites.

For some, image is everything. Amaarae pushes her looks online perfectly. Her website is a one-pager, making it very easy to navigate, it has a visible and well-written bio, links to socials, notable press, and digital streaming platforms. Site navigation ends at the footer where we see her contact details.

Amaarae is a young female Ghanaian singer, songwriter, producer, and engineer born in New York and raised between Atlanta and Accra. She is an artist who describes herself and her sound as an eclectic blend of bold, yet sexy lyricism and longing vulnerable melodies.

Emmanuel Kwesi Danso Arthur Junior, better known as Kwesi Arthur, is a Ghanaian rapper and musician from Tema. He was nominated for Best International Act at the 2018 BET Awards. He is currently considered one of the best young artists in Ghana and Africa.

Wizkid, one of Africa’s biggest artists, uses a bold logo and a dark theme to put his mark on the web. There is a newsletter sign up, links to his socials and music, and a section for tour dates.

Ayodeji Ibrahim Balogun, known professionally as Wizkid, is a Nigerian singer and songwriter. He started recording music at the age of 11 and managed to release a collaborative album with the Glorious Five, a group he and a couple of his church friends formed.

Flawless page scrolling with large amounts of white space gives Lady Donli’s website a minimalist feel. There is a Newsletter sign up, a list of her upcoming shows and events, contact information and links to all her socials and music.

Lady Donli was born in Cleveland, Ohio but was raised in Abuja in Nigeria. She is a talented Nigerian Alternative artist who derives a lot of inspiration from Little Simz, Erykah Badu and Asa.

The South African rapper known for his unique sense of fashion has a very simple but easy to use website with a catchy ‘tumblr-esque’ look. It doesn’t have many of the features that make up a great musician’s website. It made the cut mainly due to the fact that it exists.

Rikhado Makhado, professionally known as Riky Rick, is a South African rapper, songwriter and actor. He is known for his style and his love for the local fashion scene. He is the founder and owner of record label “Cotton Club Records“. Makhado rose to fame when he released his single “Nafukwa”, in 2014.

The African Giant, Burna Boy uses big images to define his big stage presence. His website is aesthetically pleasing and very easy to navigate. It has almost everything that makes a musician’s website complete: high-quality photos and videos, a well-written bio, social media links, contact information, a merch store, tour dates. I like how the site is updated regularly with Burna Boy’s new music.

Damini Ebunoluwa Ogulu, known professionally as Burna Boy, is a Nigerian singer and songwriter. He rose to prominence in 2012 after releasing “Like to Party”, the lead single from his debut studio album L.I.F.E. His 2019 Album, African Giant secured him a Grammy nomination.

A grid layout of random pictures of Davido dominates his website. The site has a logo, links to his socials and music, a newsletter sign up and tour dates.

David Adedeji Adeleke, who is better known as Davido, is an American-born Nigerian singer, songwriter and record producer. Davido was born in Atlanta, US, and raised in Lagos; he made his music debut as a member of the music group KB International.

With the use of videos and high-quality photography, Fireboy DML showcases his timeless music on his website. There are links to his socials, music and a contact email to reach his management.

Adedamola Adefolahan, known professionally as Fireboy DML, is a Nigerian singer and songwriter. He is signed to YBNL Nation, an independent record label founded by Nigerian rapper Olamide. His debut studio album Laughter, Tears and Goosebumps was released in 2019.

With a minimalist design and a bold logo, Bryan The Mensah infuses his sound into his website. It is a single page with links to his socials and music. There is a button that helps you connect with Bryan and his team for collaborations.

Bryan The Mensah is a talented Ghanaian rapper and producer. He attended his primary and junior high school education at Bishop Bowers and continued his secondary education at St. Augustine’s College. He is one of the young artists making strides in the Ghanaian music space. He is currently out with a new project ‘I Don’t Feel Like Going Outside’.

The striking cover image and clean layout make Ko-Jo Cue’s website really stand out. Ko-Jo’s message is clear and easily identified. With links to all his music profiles, fans get a one-stop destination for all their Ko-Jo Cue music needs.

Linford Kennedy Amankwaa, better known by his stage name Ko-Jo Cue, is a Ghanaian Hip-Hop/Afro-Pop artist from Kumasi, Ashanti Region. He is currently signed to BBnZ Live and is affiliated to The Cue, a talent development group that he formed with producer Peewezel.

VGMA23: Stonebwoy Crowned Winner of The Music For Good Category

Larruso Takes it up… 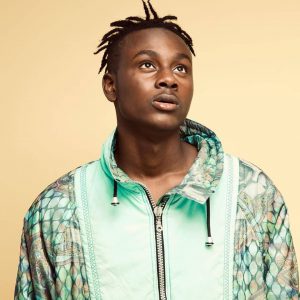 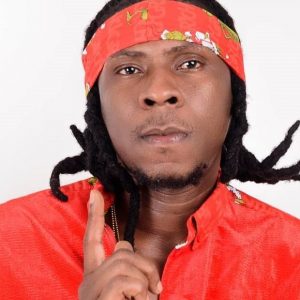