In the current age of music in Ghana, one thing which goes unnoticed is the fact that artists have consciously developed a culture of putting in effort in their general looks and brand. The new age of artists ought to have certain criteria in order to be taken seriously by a brand or even their peers. One may still argue that all that matters is the music. This opinion still carries weight to some extent as that is indeed one of the key products as a recording artist.

However, having the best song on the radio or the internet does not guarantee building a cult following. These days, the artist is not just supposed to be a sound but an entire business and also, as a fan, I’d like to be able to pin a face to my favorite tune.

Without a doubt, some songs are legit bangers; the masses can easily connect with them without the need for visuals. For those, the visuals are additional benefits that help promote the image of the artist. Music videos as an art form are very vital. They’re part of our visual language — a significant part of the culture of our consumption of music, art, and entertainment… And hey, they are also a great way to spend five minutes in the afternoon.

There is an emergence of a very vibrant group of Music Video Directors responsible for these Fresh Cuts! With their consistency and very obvious growth, these geniuses are slowly beginning to leave a mark on the entertainment space. A bad video can suck the life out of a good song, and a good video can make an ordinary song become a hit!

In no particular order, here is our list of 10 Best 2018 Ghanaian Music Videos.

Produced and Directed by MikeMillzOnEm and Fotombo respectively, Amaarae’s Fluid is definitely one of the most creative videos to have come out in 2018.

Read what we had to say about it here

Although Akan released this masterpiece early last year, its brilliance left an indellible mark in our memories. Off the Onipa Akoma project and produced by Yung Fly, Me Sika Aduro was directed by Yaw Sky Face.

Fuse connected with Kuami Eugene and Kidi for New African Girl. The video showed a lot of color, which has become known and accepted as the David Nicol-Sey style. Song was produced by Rgen & OTWoode.

Joey B, one of the artists who effortlessly produces great music gave his fans a new song in mid-December. This featured his partner in crime, Pappy Kojo. The song title and nostalgic verses already did the trick but the video saw how an artist perceived as an effortless creative, puts in effort in his craft. Nova is responsible for the production. Video was directed by GOLDYUNGE & Darryl.

2 Strings is an energy filled Afrotrap song produced by Azkonnabeatz. In my opinion, it got the video it deserved. Akan’s verse on the song was also the icing on the cake. This song showed us how the North can collaborate with the South to produce greatness! This video was directed by Babs.

R2Bees’ ‘Could this be love’

Could This Be Love features Efya and was directed by Babs. It has a variety of scenes; basketball court scene, studio scene and a blend of other urban sceneries. The parts of the video set in slow-motion depict a fairytale where the lovebirds, Mugeez and Efya, don’t want the story to end, enjoying every moment as it comes.

Cina Soul’s Ojorley Video has serene visuals which portray the beautiful culture and tradition of the Ga Mashi. Gene Adu helped create the concept for the video. Senkuband is responsible for the instrumentalization.

As one of the stand out songs from the Linksters EP, it was only right, the Gang gifted us with a video. Kemor Ame featured Darkovibes, Kiddblack and had backing vocals from RJZ. Nxwrth is responsible for the production and the video was directed by David Duncan.

Kirani AYAT collaborated with David Nicol-Sey of North Productions to bring this masterpiece to life. The use of colors and sharp editing shows the beauty of the Northern part of Ghana which helps grab the attention of any viewer. This video won Kirani a lot of fans and has helped grow his fan base not only in Ghana but Africa as a whole.

Song was produced by Nova. 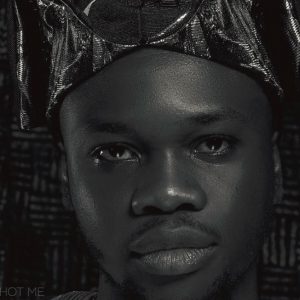 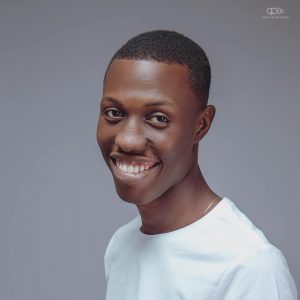