As life transitions back to what seems normal, music continues to be a constant force in making things feel fine during these complicated times. With his eyes set on uplifting moods and projecting positivity, Avit outdoors a new EP entitled Feeling Fine.

Conveying a new message after his politically charged EP titled Election Day, Avit seeks to lighten any mood with his talks of good vibes on this new EP.

Avit’s Feeling Fine EP is a fusion of sounds dedicated to pushing the good vibes agenda. Cantona, the first single and visual from the tape can be described as an afro-pop fusion exploring lust and sexual desires. This fun and upbeat song blends electric house influences with rhythmic percussions and vibrant African sounds.

After listening to the Cantona and the Feeling Fine EP, I ventured into a conversation with the high-spirited artist to inquire more about Feeling Fine. Filled with good vibes and smiles, I caught up with Avit over zoom to explore his new project, inspirations, and tales in creating the EP “ Feeling Fine.” Bursting full of energy, Avit captured the screen with his warmth and openness as we eased into a conversation-starting from his inspirations during the creation of the project.

1. What inspired the Feeling Fine EP?

Feeling fine. First of all, I had just started making music. I came up with the title of this project on the day we were launching Election Day. That was how I was feeling and given the way everything happened in 2020, I felt like the next project had to give the people good vibes. Just give them music to make them feel fine, cause 2020 slapped everyone.

2. What Themes and Topics do you explore in Feeling Fine?

Feeling Fine explores themes like friendship, love (love for family, friends and for loved ones), and sex.

3. Compared to your last EP “Election Day” what difference and/or similarities can listeners expect?

The songs are still based on an African sound. That is one similarity. There isn’t a similarity in the messages, but you still have good melodies and good lyrics, no doubt. And it is still Avit.

4. How would you define your sound from Election Day to now Feeling Fine?

Afrofusion. I like to explore the whole range of Afrofusion. So a song like “Cantona” is an Afropop song. Feel Fine might be more like Afro- Rap or Afro- HipHop. There is also Afro- Ragga or Afro-Reggae. Then there are typical Afrobeat songs like Election Day and Promise Season. I embrace Afrofusion. The whole range.

5. What inspires you to create these sounds and tell the stories you tell through your music?

It is usually real life, for instance, a song like ‘Real friends‘. The week I wrote Real friends, I had a bad experience with two of my friends within the same week so I know that was what influenced the writing of the song. With a song like “Free Me” I wrote the song about a girl. She wasn’t freeing me at that time. Most of my songs are definitely from real life. I also like to write from the perspective of a listener.

6. Have you identified your fan base and how important is it to find people who connect with your sound?

To an extent, this is just my second EP. There is still a lot of finding to do but demographically I find that a lot of people between 25-40 really vibe with a lot of the songs. Mainly because Election Day had a lot to do with real life and what we were going through at the time. And if you’re between the ages of 25-40, and life is slapping you left and right, you’ll be drawn to my sound.

7. Why a remix to Real Friends?

Real friends (One) is out. This is what happened. We had two beats for the same song, one Afrocentric and one was hip hop. My choice was the Afrocentric one but Kuvie (the producer) wanted the hip-hop version. We put it to a vote with a few friends and people chose the hip hop version. Maybe to help me heal my wounds Kuvie gave me the other beat. He gave me the other beat as a birthday gift.

8. You featured B4Bonah? How did the collaboration come about?

B4Bonah virtually took a break from his hiatus to record that song. Since he dropped work earlier this year, he is missing again. You don’t find B anywhere. I just happened to hit him up and sent him the song, and he liked it. We have known each other since 2015 through football, we never had a link up on music. He was surprised to hear I do music and he was even more surprised when he heard the song. He called me the same day I sent the song, he called us to come to his house, we got there and we recorded the song in an hour.

9. What do you want fans to take away after listening to the EP?

Love life! Live life for you! You need to keep your friend close and cherish them because there aren’t many of them. Also irrespective of the troubles in life you have to feel fine. You understand, feel fine.

Stream ‘Feeling Fine’ by Avit below: 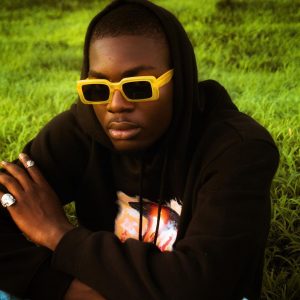 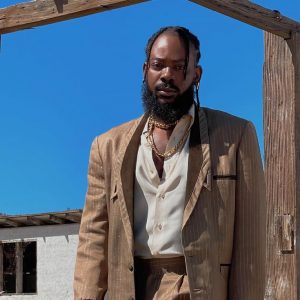