2020 was an eventful year for the musician Aurelia Dey. She has used the pandemic period to create new dancehall and afrobeats music, a newly produced concert experience as well as a newly launched webseries. All under the concept of “Sunday Service”. Aurelia Dey describes herself as a black womanist and wants to entertain, enlighten and show the world her Ghanaian-Swede heritage. Through dance, music, acting, and dialog she is constantly finding new ways of expression.

This song is perfect for female empowerment boost and norm-breaking stereotypes. It’s about being a huntress – brave and ambitious. Creating a boundary pushing track exuding liberal feminism; breaking gender norms and gender associations. To take command, not only in a relationship, but in any area in a female or non-male life, to claim space. The dancehall beats enhance the funny metaphoric sensual references and the feeling that “I’m in charge”. I want to inspire my listeners to feel and embrace these feelings.

With her musical influences ranging from the likes of Aaliyah, All Saints and En Vogue and her artistic comparisons noted as Nina Simone and Spice, it is no wonder that Aurelia Dey’s essence of female empowerment and depth shine through her artistic endeavours. Spirited by her connection to mental health, antiracism and a female warrior archetype, she has successfully managed to intertwine her dedication to influential change among listeners with a modern dancehall and afrobeat twist. She has worked closely with both Partillo productions and Lance-a-lot productions, as well as performing with Syster Sol and Cleo.

She describes “Huntress” as a way of acknowledging a new level of liberal feminism whilst cultivating a profound connection to diversity. Her lyrics read; “Yes you can call me Katniss or Xena warrior princess, if you don’t come over here, I will hunt you down with the spear, grown woman have no fear”. This example alone holy articulates her quintessence of the unshakable female power that she exhibits.

Aurelia Dey shows an abundance of intrigue, whether it be in relation to her exciting Nordic and Ghanaian identity, the addition of dancers on stage as part of her live shows, or her use of mixing Afro Punk with a sense of Royalty. Her work continues to be filled with elements of nature and depth which perfectly tie in with her aim to be represented as down to earth, fierce and most importantly, human.

Kwesi Arthur and Medikal Prove They Are “Different” on New Song 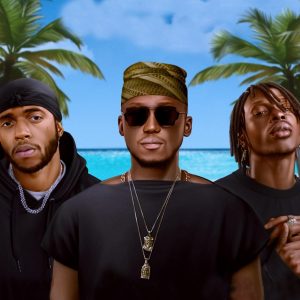 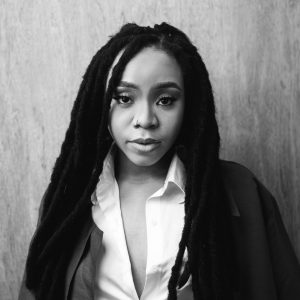