In recent time, the Amapiano sound from South Africa, an electronic music movement which originated from the streets, has been instituted into the country’s music industry with musicians from other parts of the African continent and the world trying to get a piece of it.

Currently, the Amapiano music genre appeals to music lovers and musicians alike but not so many people are aware of its rich history, its pioneers, the challenges the genre has had to face and its growth and evolution.

Amapiano is a style of house music. It derives its sound from already existing genres of music popular in the townships of South Africa. You need not be an expert in music to hear the traces of Deep house, Kwaito and Jazz that are symbolized by synths, airy pads and wide basslines.

Amapiano began in the townships of “The City of Gold” Johannesburg, mainly Alexandra, Vosloorus and Katlehong. Although Amapiano is now gaining continental and global recognition, it has been around since 2014. The origins of Amapiano are also associated with South Africa’s administrative capital Pretoria specifically in Atteridgeville and Mamelodi.

As seen in this SHAYA! documentary which talks about the history of Amapiano, the beloved and iconic genre name was coined by musical duo MFR Souls. “Amapiano” translates to English as “pianos.” “Ama” is a Xhosa, Zulu, and Ndebele plural article used as a prefix before singular words or nouns to make them plural.

A lot of individuals have helped perpetuate the Amapiano genre of music. One such person is DJ Da Kruk who created an Amapaino hour on his show on YFM. He used to receive a truckload of music submissions with the Amapiano sound from DJs. This is what gave Amapiano music one of its first plays on the radio.

Now the Amapiano sound is everywhere but hitherto it was close to impossible to hear it on the radio. Every single day, a truckload of new Amapiano songs is released via mp3 blogs where you can download for free and messaging apps. Some become instant hits, stand the test of time to become classics and become the go-to songs DJs play to get clubs or parties turnt!

Apart from MFR Souls, other acts one may consider as Amapiano pioneers are JazziDisciples, Kabza De Small and KWiiSH SA. They are responsible for holding down the electronic music movement to this day.

Without doubt, Amapiano music is one of the fastest-growing genres in South Africa. In the years 2016 and 2017, Amapiano became an accepted mainstream genre. It is slowly penetrating other African countries and eventually the entire world.

South Africans and Africans in general love to express themselves creatively through dance. One may not be able to hold back busting a dance move after hearing a baseline from a DJ Maphorisa, Kabza De Small or Virgo Deep song. Vocalists like Samthing Soweto, Njelic, Bontle Smith among many others have had the opportunity of being featured on some Amapiano radio and street hits.

Amapiano has welcomed newcomers such as Semi Tee, Shasha, Miano, Kamo Mphela, as well as original hip-hop artistes like Cassper Nyovest and Focalistic who lay rap verses over traditional Amapiano instrumentals. I am personally excited to see what is next for the Amapiano genre in the coming years.

Amapiano music has been criticized by South African DJs as having a strong similarity to gqom, deep house and the ordinary house music calling it an uncreative sub par version of the gqom genre which has its origins in KwaZulu-Natal.

In 2019, Amapiano overthrew gqom as the number one genre to get people in the mood to bust a dance move.

After the release of Semi Tee and Milano’s song, Labantwana ama Uber, Amapiano was criticized especially by the elderly for its encouragement of inappropriate behavior and drug use. I personally think it is unfair extending your distaste for a song’s lyrics to an entire genre of music especially since this is not the first genre of music where a musician has said anything “inappropriate“.

Here is a list of some of our best Amapiano songs and music videos.

DJ Maphorisa Drops a Snippet of a Collab with Focalistic

The Amazing History and… 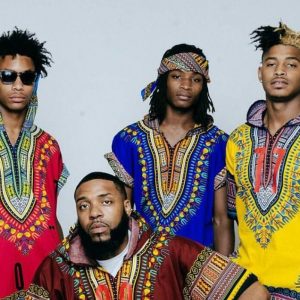 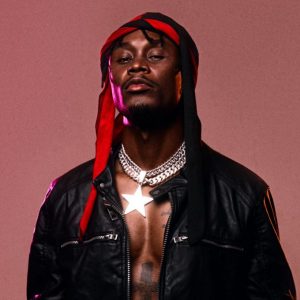