Known for her striking and unique sense of fashion, Amaarae continues her quest to change the status quo of Ghanaian music with an evocative video for Like It.

The Ghanaian Alté Singer has worked with the cream of the crop of African artists both in the mainstream and alternative scene. With collaborations with StoneBwoy, Kojey Radical, M3nsa, Santi, Odunsi and very recently with Nigerian Singer-songwriter Wande Coal on “Spend some time”, the Warrior Princess has paved her way into our hearts and is slowly solidifying her position in the Music Industry.

Currently not having a lot of quantity in terms of releases- with just 3 Official videos out- one can attest to the quality of Amaarae’s content.

Her videos for Fluid and Spend Some time have a sense of comeliness, one that appeals especially to millennials. It is clear the singer and her team pay particular attention to the quality of content they put out.

The video for her recent song, Like it is no exception. It raises the bar actually.

Amaarae’s first encounter in the video is with a man in an antique green jacket. (The color Green signifies a Renewal or Growth) After a brief interaction, Amaarae decides her fate. This scene is reminiscent of the Iconic Matrix scene when Morpheus asks Neo to choose between a red and a blue pill. She makes her decision and begins her journey to the unknown with the escort of some very agile imps.

The stylish excellence of “Like It” is featured through the vivid use of lighting. These components added to the brilliance and profundity of the video which was brought to life with the help of teeming Ghanaian Music Video Director David Nicol Sey (North Production). One needs to respect the boldness of Amaarae and her hardworking team who always dare to be different.

During her short visit, the curious Amaarae experiences a whole new world. She gets a taste of a world she wasn’t used to. Instead of being apathetic to what she finds out, she is intrigued, following the imps to find out more. She ends up in a room loaded with transgenders, strippers, a jokester amidst children commemorating a “birth-day” which by all indications appears to be for Amaarae. (A Rebirth!) On the wall hangs a high contrast picture of Beyoncé in a Christ-like posture.

In the next scene, Amaarae is seen in a relatively darker room with new clothing. She looks more confident and accepting of her new environment. This confirms the rebirth!

Speaking to OkayPlayer, Amaarae describes the video as “the loss of innocence and a need to chase one’s desire within the matrix of life.“ 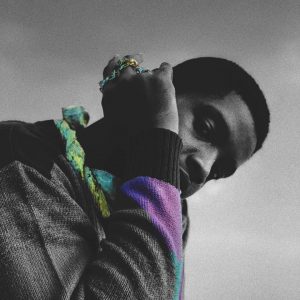 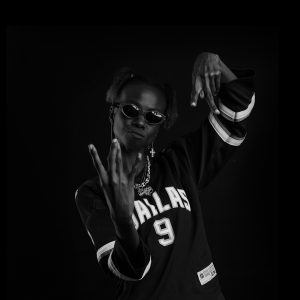