The Music Industry in Nigeria is competitive and ever-evolving. Between 2018 and 2019, we have witnessed the rise of artistes like Joeboy, Teni, Fireboy DML, Blaqbonez, Rema, Oxlade, Zlatan, and the list goes on and on.

Alpha P, who was formerly in a music duo with Afrobeats prodigy Rema, is the newest addition to the new wave of Nigerian Artistes ready to take the African music industry to the next level.

Alpha P, originally known as Emmanuel Princewill is a 17-year-old singer from Benin City. In 2013, Alpha P formed a music group with the Bad Commando Rema called RnA. The group’s name is a combination of the first letters of their stage names. The two gifted crooners seem to have gone separate ways with Rema signing with Jonzing World, a subsidiary of Mavin Records in 2018 and Alpha P recently signing with Universal Music Nigeria in 2019.

He has released his debut body of work, a 5-track EP titled “King of The Wolves”. The EP has no features and consists of “Fayah”, “Paloma”, “Radar”, “More” and “Tonight”.

As expected, music lovers have embraced the young chap but have already started comparing his sound and style of music to that of Rema. Many do not know they were in a music group together and that it is only normal that they influenced each other musically in the past. Some are even speculating that they created the sound together.

Leading to the release of “King of The Wolves”, Alpha P collaborated with Tomi Owo on the official soundtrack for Season 4 of the MTV Shuga Naija series. The song is titled “Number One”.

Alpha P’s debut EP “King Of The Wolves” is an amazing body of work with beautiful melodies. It shows how talented and versatile the teenager is. With the backing of Universal Music, we hope to see the young man achieve great feats.

Get Alpha P’s “King Of The Wolves” below:

The Wait is Finally Over, Wizkid Delivers “Ghetto Love” as Promised 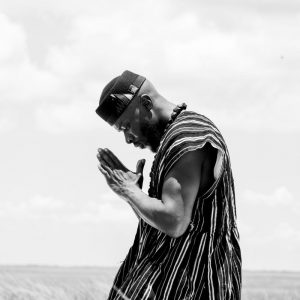 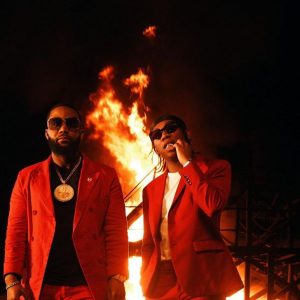