“Solitaire!” This is not that game for one player, played by removing pegs one at a time from a board by jumping others over them from adjacent holes.

“Solitaire!” This is not, according to the Cambridge Dictionary, a single jewel (precious stone) that is part of a piece of jewellery. “Solitaire!” It is definitely not “the single player game” and it is not a piece of Jewel but it is an amalgamation of word, rhythm and intellect into a single masterpiece.

“In the end you’ve always known that you’d live, write, cry and die alone”. Assuming the lyrics at the tail-end of “The Curse of They”, the intro to the Solitaire EP captures the concept of the project. This piece is accompanied by a cold feeling and chills which is suitable considering the concept of the song. Akotowaa lets us know from the very beginning what she’s driving at; how cold and unappreciative society is. “Undeath of the Artist” is an embodiment of diversity and creativity. On this piece, Akotowaa went an extra mile to avoid the cliché delivery. Even though a spoken word album, her delivery and control arouse eagerness and attentiveness. “Undeath of the Artist” can pass for a rap song delivered in an extraordinarily poetic way. Production-wise EDWVN did an amazing job. The cold nature of the beats seem to run through the whole EP which is a plus because it complements the concept of the project.

On Solitaire, the piece which holds the theme and title of this EP, Akotowaa  trudges with us, through the solitary journey. A countdown from 1 to 10 and one is fully able to understand the dynamics of solitude

During my listen to Solitaire, “Ephemeron” drew my attention to another angle of the Tape that the artist might have been addressing, conceptually. It dawned on me that the tape is an unfolding story of the artist’s relationship with society and the concept of time with regards to longevity. It is also a beautiful show of emotions on a relationship that ended- the message comes out level-headedly yet she managed to vent and show her regrets, discomfort and disappointments. Voice tones, articulation of words, and the solemn nature of the instrumental captures the emotion behind the inspiration. It is to an extent relatable, depending on the listener. This piece is excellently delivered and The GentleMan deserves every ounce of credit for the quality production invested into the piece.

Solitaire, is simply a plight

Earlier this year, I.W.I.T.P, which stands for (I Wasn’t In The Pictures) was featured in one of our reviews after Akotowaa released it as a single. It was described as a reflective spoken word piece brought to life by Akotowaa, a poetic genius with the help of the mellifluous voice of Meffstone. “Was I ostracized by design or did everyone think I was fine?” Akotowaa’s soft, forlorn words paint a picture of an individual who has been detached from a particular group for so long that she begins to wonder if this detachment was planned or the group thought she wanted to be by herself. I.W.I.T.P also shows that Akotowaa regrettably hopes she could have been more confident and courageous to involve herself into activities that she admired and desired and not just be aloof. “I don’t even wanna be in the photos. I just wish I could have been bolder.” Nothing’s changed. I.W.I.T.P is still a poetic masterpiece. Credits to TheGentleMan for a good job done on the production.

“Dear God” features Tronomie and is produced by EDWVN and TRONOMIE. This piece is captivating and is more of a plight to God than a prayer. Once again the continuous nature of the concept is unfolded in the form of a subjective story. This addresses the artist’s misfortunes and feelings. She is heard seeking for answers with seemingly rhetorical questions and it is evident that she seeks purpose. This is an adroitly crafted piece and it addresses the struggles of people who feel empty and purposeless.

“To Be” which is easily a favorite, if you’re a self-advocate. I personally like how this piece was placed at the bottom of the pile. In spite of the back and forth, lack of self-confidence and need for societal approval that runs through the Piece, “To Be” is the only piece which actually promotes solitude and advocates self-love and self-worth. “To Be” singularly debunks the necessity of societal approval.

For a Spoken word album, Akotowaa and her team of producers have absolutely outdone themselves and deserve to be applauded for putting together such a classic. 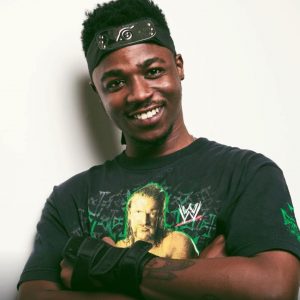 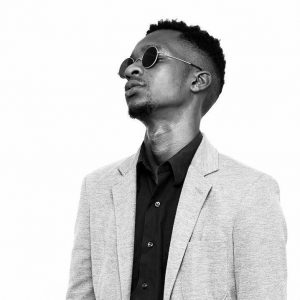