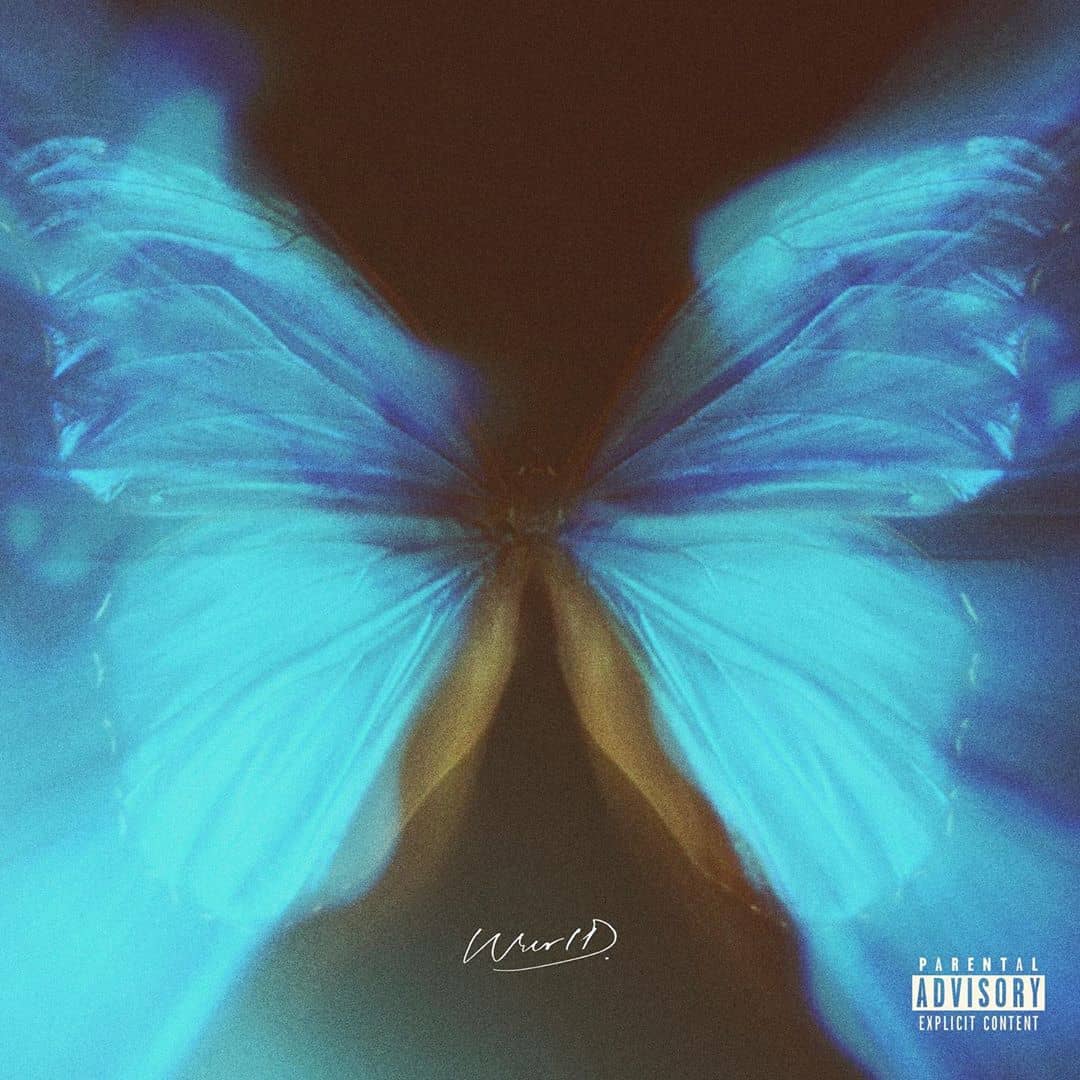 Wurld’s “Afrosoul” EP is the rebound that lands in the back of the net. A 7-track EP characterised by fastidious songwriting targeted at one’s soul.

Wurld has had quite an eventful 18 months’ musical journey. If any year spurred him unto the finish line of mainstream notoriety, it would have been 2019. 2016’s “Show You Off” with Major Lazer’s Walshy Fire was the song that thrust him into limelight. From getting nods at the 2019 Headies for Best Vocal Performance (Male) to co-writing Davido’s “Blow My Mind” with Chris Brown and delivering on “Sweet In The Middle” off Davido’s sophomore album and his more than impressive delivery on “I love Girls with Trobul”. All of these cumulating into a successful headline show at the Hard Rock Café.

With a discography tilting toward buoyant. “Evolution” EP in 2013, “Love is Contagious” EP in 2018, collaborative EP “I Love Girls with Trobul” with Sarz in 2019 and his recent body of work “AfroSoul”.

“Afrosoul” is Wurld’s latest body of work. A 7-track EP with heinous production courtesy Spax, Del B, Kel P, Shizzi, TMXO, Wakatna, fastidious songwriting targeted at the nook and cranny of one’s soul and a resolve to make a larger dent. Veteran Ghanaian artiste Zeal of the legendary hiplife trio VVIP, is the only featured artiste on the project.

Here is a track-by-track review, accompanied by final thoughts on “Afrosoul” EP.

The first few seconds of the song has on it a beautiful trumpet melody that even Fela would be proud of.

The opening lines give you an insight into Wurld’s state of mind. Prayer is the new national anthem which is something that Africans can relate to. The EP opener is a song aimed at the soul of the average Nigerian to spark fearlessness. The closing minute and a half of the song take a different route with eccentric guitar riffs and sounds, he rambles in a trance-like vocals about the importance of finding oneself.

Wurld made his debut on COLORS X STUDIOS with this song. Produced by Spax with infusion of church chords and reggae type drums and rhythms. Wurld acknowledges the world we are in –  “A place where sinners are winners”. And “Ghost Town” been a land of no return. The first line tells it all; “losing but never lost sight, learning but never lost time”. It is a song on self-preservation and working in the midst of evil as an advocate of good.

“Love Nobody” has a head bopping melody hang to it. If you remember the popular saying “For I’m a jealous God”, then you probably would get an inkling to the song. Wurld details the love life of an average millennial who are head over heels in love and wanting nobody interfering in their relationship.

It is  applaudable to bring into notice how Wurld can jump on a “commercial” beat and still retain his alternative essence on it. Perfect case study; Davido’s “Sweet in the middle”. “Story” is the story of undying love. He professes his love for her, how she got him in his feelings and admits his vulnerability when she is absent.

“Wayo” is pidgin and in Nigeria loosely translate to “dubious” or “shady” if you prefer. Produced by Kel P and Teflon Zincfence. Kel P is progressively carving an almost recognizable sound. Shout out to him! The strings on this track remind you of Burna Boy’s “Another Story” with M.anifest. Wurld is an advocate for sincerity and trustworthiness on this song, he wants to be able to trust her, he doesn’t want her to do him “wayo”. He loathes duplicity of personality. This and more he does with very put together songwriting.

It is no news that Wurld is also a love advocate. Anyone who gave a listen to his EP “I Love Girls With Trobul” can attest to that fact. He goes on in this song about sprained communication and the inadvertent result of dwindling energy. He is willing to give her all his best if only she can come outside.

The only feature on the EP is on the last song on this project, it is a strategic song targeting a special day in every one’s life. A live rendition of this song at the New Afrika shrine would be such a madness. Listeners bopping their heads and sipping palm wine. Iconic Ghanaian act Zeal of the legendary hiplife trio VVIP, continues the narrative and wants the celebrant – “Onome” to whine her waist and stand the chance of been rewarded financially.

“Afrosoul” was aptly titled; afrobeat was a hallmark of this EP production-wise, but what is even distinct is how the sounds are not cliché or reek of repetitiveness that we have become accustomed to when listening to afrobeat projects.

“Soul” the part where Wurld using his elite penmanship skill to reach out to the listener’s soul. If he was not inspiring you to keep on pushing, he was telling you not to repay evil for evil, or he was preaching fostering proper communication skills in relationships, or sincerity in our love lives.

What can you probably expect from a prolific songwriter who had penned songs for artists in the states? Working with names like Timbaland, Mario and B.O.B. He even signed contracts with major labels as a songwriter where he participated in creative songwriting marathons.

His 2018 EP “Love Is Contagious” was brilliant. Surprisingly it did not do much or as much as he would have preferred. But it did put him in the right conversations.

And so you can sense the resolve on “Afrosoul” to take the attention garnered over the course of the two projects he has released so far to lay assist that a Debut album would likely cement.

If “Love Is Contagious” was a 25-yard screamer that struck the woodwork leaving the goalkeeper stunned. Then “Afrosoul” would be the rebound that was tapped into the back of the net from close range.