Lehlogonolo Mataboge, more widely known as ‘A-Reece’ is a South African Hip Hop Artist who recently released his sophomore album, For Me To You And Only You.

The project dropped on 21/10/17, the day his debut album ‘Paradise’ dropped under the record label he was in at the time ‘Ambitiouz Entertainment’ a year prior.

We’re taken through a series of events detailing his journey after leaving the stable and how he had to go back to his roots in order to find a way forward.
A-Reece touches heavily on Jody (His older brother P-Jay) on how he influenced his drive to push to do well in the Hip Hop game and being very grateful that his brother survived an incident where he was shot.

‘The Promised Land’ touches on his first album and ‘The Best Things In Life Are Free’ EP he released in early 2015, how he was so inspired by his brother’s rapping skills and artists like 50 cent and Jay Z.

‘Off The Rip’ highlights how people know that he’s doing amazing things and acknowledging his hard work – giving a feel that he’s somewhat relieved of how things have panned out so far.

Ego’s and being stubborn about what is happening around you is what ‘Pride’ digs deep about. In this case he is referring to women and higlights the message with a Chris Rock adlib where the comedian talks about women going about their fantasy lives trying to convince people that the fake acts are what is real.

The 20-year old also talks about how life has been great after the label, being able to buy a house, not being broke and not struggling like he used to. Life is good.

For me personally, I feel like it’s a very descriptive project about how blood is truly thicker than water. A motivating story about how you can truly rise to the top with smart decisions, adversity and hard work. You should never write yourself off. 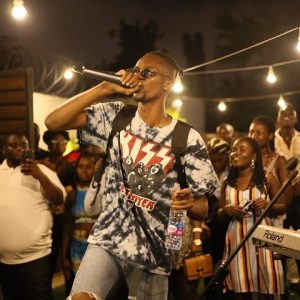