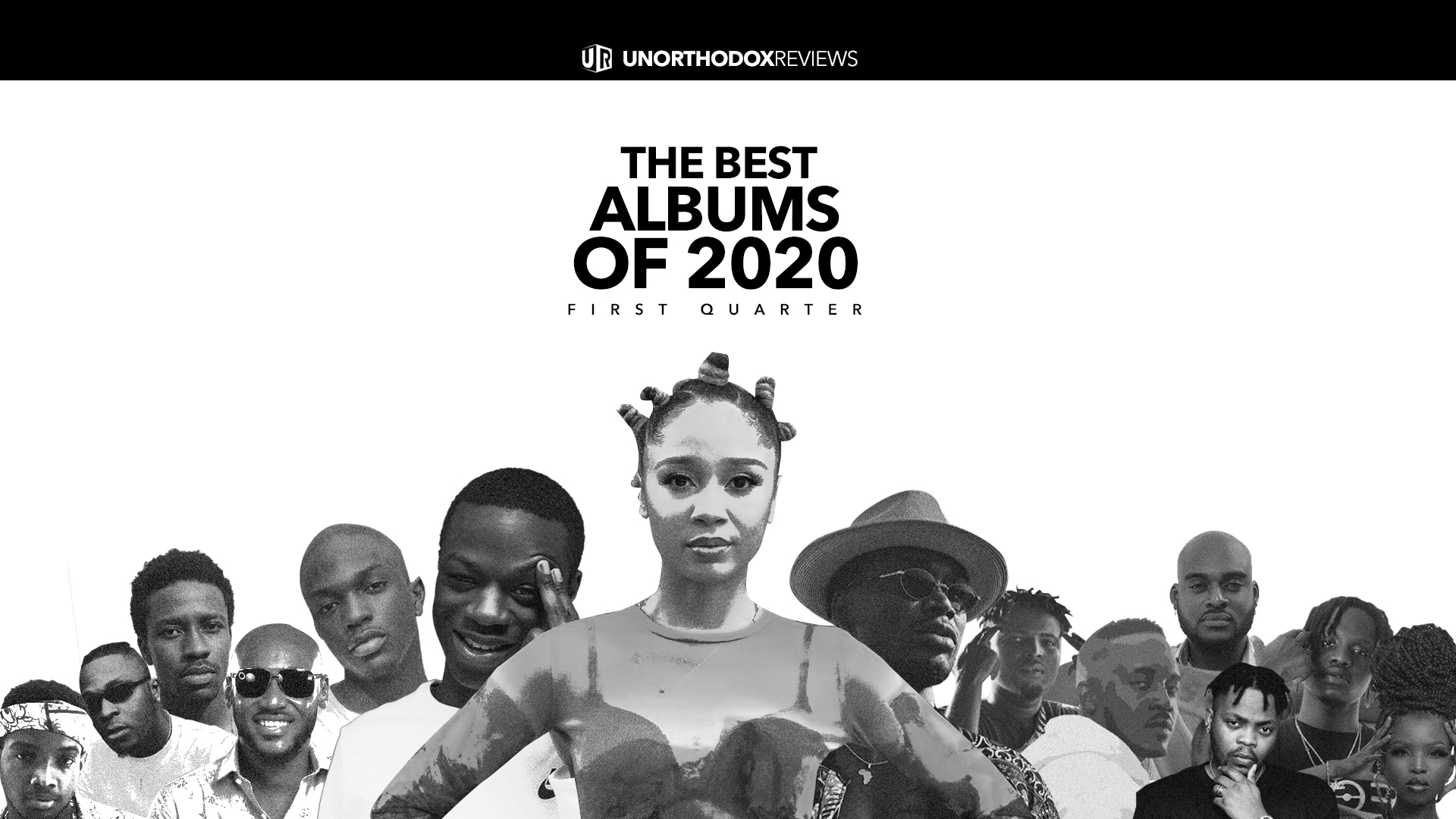 Check out our selection of The Best African Music Albums of 2020 thus far.

We are about rounding up 2020’s first quarter and as usual Unorthodox Reviews list is filled with a diverse selection of albums and EPs that have passed through our inboxes and over our desks from across the spectrum of African music and beyond!

Gafacci set the tone for 2020 with a minimal club-oriented compilation dubbed “Face the Wall EP”. Without losing the attention to detail Gafacci enriches his latest project with Ghanaian rhythms and his unique style of making less seem more, which is not the only thing that needs to be highlighted on this EP. A release careful curated to equip every DJ set/mix/playlist or dance moves to erupt entire dancefloors from Accra to the world!

British-Nigerian artist Kida Kudz had a busy 2019 pushing his own distinctive sound with singles like “Dance on the Table” and “Jiggy Bop”.
The Disturbing London signed act has finally released his long-awaited debut mixtape, “Nasty” – a 10 track project with guest appearances from Tanika, Chip, and Jaykae. “Nasty” is an embodiment of Kida Kudz’s distinctive afro-swank genre – a darker, groove-oriented twist on afrobeat!

2020 marks the Nigerian rap veteran’s 10th year in the game. YBNL boss Olamide thus released a surprise EP titled “999” earlier this year. The 9-track hip-hop album spots guest appearances from regular collaborator Phyno and a host of up and coming names on the Nigerian hip-hop scene such as JayBoi, Sosa-E, Rhatti, Snow, Cheque, and Jackmillz. The third track on the project, “Billion Talk” spots a guest appearance from his 5-year-old son Milly – a must listen.

Bryan The Mensah – “I Don’t Feel Like Going Outside”

Bryan the Mensah is a talented Ghanaian rapper who has been holding it down on the alternative rap scene for a minute. Bryan the finally delivered much-awaited third solo project – an EP titled “I Don’t Feel Like Going Outside.” The 4-track thematic project focuses mainly on themes surrounding the day-to-day hustle and securing the bag, and spots features from rappers Kidd Fresh and Tulenkey. According to Bryan “I Don’t Feel Like Going Outside” is an introductory project to “Outside Isn’t So Bad” set to be released later this year.

Nigerian afro-pop legend 2Baba, formerly 2Face Idibia, marked his 20th year in the music industry in 2019, and crowns this achievement with 9th studio album dubbed “Warriors”.
The 13-track album is star-studded with guest appearances from the likes of Wizkid, Burna Boy, Olamide and Tiwa Savage.
“Warriors” is a celebration of the singer-songwriter’s longevity and perhaps an acceptance of his legendary status.

Back in 2018, the Ghanaian rapper announced himself on the rap scene as one of the refreshed and authentic rappers on the come up with his debut project “The Whole Truth”, and two years on, he is back with what looks like a foundation for a franchise EP dubbed: “Greyskies Are Smokescreens” (GAS).
Whereas his previous project was an introduction to the rapper’s world, GAS is a 5-track project that gives an insight into his everyday struggles and sees the wordsmith put everyday life into dope rap music.

Ghanaian songstress Lady Jay makes a return from a brief musical hiatus with six-track EP titled, “Anywhere You Dey”.
Having previously worked with the likes of Sarkodie, BOJ from Nigeria and Dex Kwasi, Lady Jay is not one to shy away from collaborations. This body of work spots features from the likes of Joey B, E.L, Magnom, and Dammy Krane. These features aptly complement the songs themed around love, desire, feelings, and openness. “Anywhere You Dey” is a representation of Lady Jay’s journey and evolution as an artist thus far.

This marks the third installment of E.L’s “Song For Girls” franchise which traces as far back as 2012 with a follow up in 2014.
This 7 track EP has no features and houses a plethora of musical genres ranging from contemporary highlife, afrobeat, to hip hop.
According to the V.O. Nation Records frontline, the love-inspired project serves as a precursor to his upcoming album.


Odartei’s all-new project defines “Cool” in all senses of the word. His ability to rapidly assimilate and conform to contemporary RnB trends makes him one to watch. “Cool” features lush trap productions, moved along nicely by Odartei’s delicate voice. The project spots just one feature, a guest appearance from Amaarae on Track 2: “Big Cars”. The 3-track R&B/trap project, although disappointingly short, is “cool” and refreshing!

Habib Tamu aka Skillz8Figure is a Maryland-USA born hip-hop/afrobeat artist of Ghanaian and Sierra Leonean descent. The Ground Up Chale affiliate made a good impression on the track “Champagne” featuring Quamina Mp and PrettyBoy D-O off the music conglomerate’s debut compilation EP dubbed “We Outside”.
“Gangsta Luv” is a 6 track project of love songs with a rugged “gangster” edge – a unique hybrid of trap and afrobeat elements. Skillz8Figure is a formidable young artiste with mad skills and versatility, this project serves as evidence!

M.I Abaga’s latest release ‘Judah the E.P’ is an 8-track ride filled with his sentiments and state of mind, with some vulnerability mixed in for good measure.
The rap veteran delivers a masterstroke with each song on Judah EP, the effort that went into the making of the project is immense, from conceptualization to production, content and even rap technique.
M.I’s 10 the studio project is a sermon! Inspired by biblical themes, every song and its title has a biblical reference and equivalent.

Ghanaian TV personality Deborah Vanessa Owusu-Bonsu, “Sister Derby” released her long-awaited EP “The African Mermaid” just a week ago.
Although she has a long history on the Ghanaian music scene this is actually her debut compilation project. The 7-track body of work features the likes of Kofi Mole, Efya, Lapili, and Y’Akoto with production credits going to Kuvie, King Stunn, Nxwrth, Jeri Beatz, 2AA.
In her own words, she describes the afro-pop project as a “splashing sonic adventure”.