Discover World Music: 20 New Songs From Across The Globe  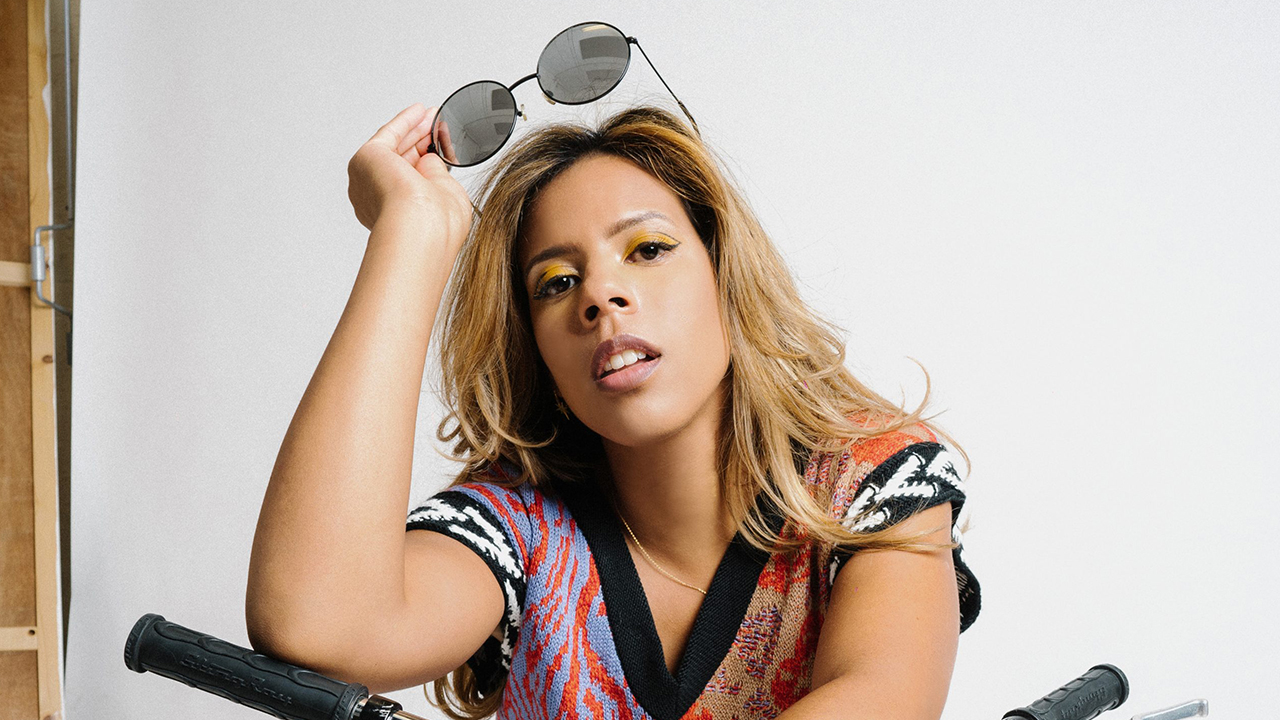 Every week, we highlight the very best of new music for your listening pleasure. In no particular order, check out our selection of the best new songs you need to hear featuring music from Kelli-Leigh, Black Uhuru, Charles Fauna, Restless Modern and more.

Canadian artiste Ty Hall returns with a unique blend of reggae and a cool summer vibe titled “Summer Breeze”. The single is love-themed and compares the emotions of being with a love interest to a delightful summer breeze. The eloquent instrumentation with smooth, spiral drums and guitar does justice to the single; blending with Hall’s vocal exuberance to conclude with an enchanting melody.

American musical artiste Khyzac releases hip hop gem “Land of Snakes” after the single “Wish Me Well”. In reference to the single, Khyzac admits it is an update on how he really feels about his life in general. From its opening to its conclusion, Khyzac keeps you engaged with a heartfelt delivery of verses inspired by his background and personal experiences.

Music producer YowLevite collaborates with vibrant and young Jamaican artiste J Celeb in “Confidential”. The voluptuous euphony is an invitation to a romantic interest for confidential intimacy. J Celeb’s flavorsome and mellow vocals along with YowLevite’s production resourcefulness contribute to this irresistible sensation which mirrors the duo’s ingenuity.

4. The Black Seeds – Game Over

New Zealand’s reggae musical group The Black Seeds continuously proves themselves a force to reckon with. The 8-man group is noted for their beautiful renditions of reggae music which is followed by high numbers of streamers. “Game Over” is part of the upcoming album Love & Fire which is slated for June 2022. With vocals by Barnaby Weir, the lyrics hint at determination and not giving up despite whatever life throws at you.

Following the single “Shadowlands” comes an electronic pop chant from Norwegian electro-pop artiste and music producer Ben Alexander which is titled “Run Away”. The song is an attention-commanding dance tune that throws focus on fleeing from toxic situations to healthier environments.

Released by Helix Records, “Streets Of Gold” is a single by British DJ, songwriter and producer Digital Farm Animals( real name Nick Gale). Digital Farm Animals has worked with many celebrated artistes and his productions are always top charting. The likable dance tune “Streets Of Gold” features singer/songwriter- Kelli Leigh and is influenced by Progressive House, Jackin House and Deep House genres of music. The dance floor burner is a correct fit for your new playlists.

German artiste BadB releases a new urban Latino vibe titled “6:30”. From the camp of Aqua Dealers, the single contains a blend of English and Spanish lyrics. The urban artiste provides a smooth and refreshing vibe that leaves you intertwined with her vocals. The delicately textured instrumentation with carefully crafted vocals makes the song an ideal addition to your playlist.

Austria’s gem Zoë remakes her beautiful song from 2016’s Eurovision Song Contest in which she was a participant. She features Leonardo Davi in the single, who renders a commendable add-on to the blissful vocals of Zoë. “Loin d’ici” is a masterful craft that lures you into its glistening synthesizers.

German Indie band YUUN introduces their unique style and musical eloquence to the audience with a euphoric and sensual pop titled “Lost in Relations”. Laced with smooth instrumentation and striking vocals, the single gives listeners an idea of what to expect in the upcoming album I’ve Got My Head In The Cloud, But The Server Is Down.

Nigerian act Nash showcases her outstanding vocals in the new single “Together”. Characterized by a calming string of instruments and flawless rhythms, the single is a luscious production you will find yourself repeating over and over again. “Together” has a romantic theme and presents the ideology of staying together with a lover despite what the world says.

Heavily influenced by the likes of Wizkid, Davido, and more, fast-rising Nigerian artiste Mr. Feel re-storms the scene with a new thrill titled “Excellency”. The diversified tune highlights the talent of Mr. Feel, as he blends the genre of Afrobeats, AfroPop and Afro-fusion. The single is laced with elements of Nigerian pidgin too, a hallmark of Mr. Feel’s tunes which highlight his background.

From WaituMusic comes the third single release from talent Lí-Lí Octave. “Glory” touches on a very profound topic; admonishing everyone to realize their worth and not give in to doubts or fears. With more in the pipeline, “Glory” doubtlessly testifies the incoming pieces will be classical. If you’re looking for diversified music production with thought-provoking lyrics, “Glory” should be on the list.

Released by Starling House Records, American talent KellyMarie presents the single “Us Again” as part of her upcoming album(IT IS MY ALBUM); third on the tracklist. Throwing more light on the unlimited sources for music production, the new single is part of an album inspired by the TV show “The Office”. The single is a merge of different genres and the conclusion is a vibrant melody that effortlessly leaves its trademark on your memorial lanes.

“Bay Gyal” is a Dancehall single that features artistes Chase Soundz and Gana General. The collaboration is genius and vocals from both artistes are a brilliant addition to the dancehall tune. “Bay Gyal” is released by HTG and the likable tune sparks interest from beginning to end.

Introduced to music at a very early age, Micah Willis has truly mastered his craft. The American singer draws his inspiration from the genres of Neo-Soul, Contemporary R&B and Commercial music. Willis admits to generating “Tell Me” from a personal experience about a person of interest stuck in another relationship. A part of Micah’s upcoming mixtape, “Tell Me” is an invitation to a love interest with regards to exploring better options.

American artiste LACES adds to their discography with the release of the pop single “Underdog”. The calming anthem is a tribute to everyone who feels they are not enough. The encouragement in the lyrics is driven by powerfully authentic vocals that will leave you mesmerized in a pool of musical goodness.

Rapper and producer Metro The Savage generates a new Urban Latino classic “Su Victima”, a piece from the 2022 Latino album Que Hable la Música Vol 1. The singer/songwriter is influenced by famous Latino artistes such as J Balvin, Bad Bunny, Ozun and more. The single’s lyrics are in Spanish but do not limit listeners from all backgrounds from enjoying the groovy basslines of the tune. Metro the Savage’s unique style transcends throughout the single.

Record label Safra Records is out with the summer song “She Can’t” by American artiste Xammy. The single is a production from a blend of Hip Hop and Dancehall music. “She Can’t” is a contemplation on whether to proceed with affairs with a love interest or not.

British singer/songwriter and music producer Sofhi produces “For the Love” as part of her musical expeditions for 2022. Sofhi is a dynamic gem and works on breaking the barriers of fixed genres from time to time. “For the Love” is an inspiring anthem with an uplifting message delivered in Sofhi’s strong and confident vocals.