In recent times, the West African music space has seen a growing resurgence of young, passionate musicians pushing boundaries and exploring the depths of what is often referred to as ‘the new wave of Afrobeats’, a resurgence that is slowly being accepted by the entire world of music. One of the individuals holding down the fort for this renaissance of West African music is Ayra Starr.

Born Oyinkansola Sarah Aderibigbe, Ayra Starr is a Beninese-Nigerian Afropop, Soul, and R&B musician and model. Before getting the biggest break in her career as a musician, she used to casually do renditions of songs she loved by artistes like Andra Day and 2Face Idibia (now 2Baba) and posted them on her Instagram page. This led to her being discovered by Don Jazzy, one of the biggest music moguls in Nigeria. It was later announced in January 2021 that she was the latest addition to his roster of musicians on his label – Mavin Records.

After the successful release of her self titled EP early this year in January, the teenage sensation kept her name and dulcet vocals ringing in the ears of music lovers with the release of visuals from the EP, the organic use of her song by social media users, and influencers and being covered by several prominent music websites. Her EP aged so well, amassing a total of over 25 million streams across all platforms. It topped several charts in Nigeria and other countries across Africa and other parts of the world.

Ayra’s 11-track debut studio album “19 & Dangerous” is a plethora of sonic elements and narratives ranging from love, women’s rights, mental health issues, and sexuality. Although still very young, the 19-year-old sings about personal experiences she encountered from when she was just Sarah till now that she’s a full-blown ‘Starr’.

On the album opener, “Cast” which happens to be my personal favorite, the production is aligned with Ayra Starr’s signature style. Produced by Louddaaa, the two worked together to create a sound that immediately captures the attention of the listener while putting you in the mood for what is yet to come. “Cast” is a song about rebellion. A rebellion against the rigid systems and norms of life and maybe the music industry. Aware of all the repercussions, Ayra takes a bold step and puts her life in her own hands.

“If I cast then I cast, yeah/Anything wey won sup go sup/I come this life all alone, yeah/Anything they wan talk, they talk” In a way, one can also liken this to how she feels about the reception of her debut album. If the album does well or not, she’s unbothered as long as she’s doing things her way and enjoying the ride. Louddaa is also responsible for the production of her hit single “Away” from her debut self-titled EP.

Fame isn’t all that it’s cracked up to be and Ayra Starr addresses this on “Toxic”. She sings about the perils of fame, specifically the dangers a young person who has just been bitten by the fame bug may be exposed to.

“Why did you give me the drugs/Why did you force me to take it?”. We see another side of the teenager, a sensitive and vulnerable side that knows right from wrong. We get to see this side of her yet again on “In Between”, a slow tempo song about depression where she laments about wanting to give up on life.

On the London-produced anthem “Fashion Killer”, we see Ayra brag about being a style icon or influencer. As already mentioned, Starr doubles as a model, a side of her that is unknown to many of her ardent listeners. The confidence and bravado she exudes in this song help announce to the world the fashion aspect of her life.

“19 & Dangerous” is more of a personal body of work by Ayra as it reflects her current state of mind with a few elusive aspects of her past. It can also be described as the current state of mind of most young women at this particular age. With 11 diverse songs, the young beautiful musician draws up her innermost self as she learns to deal with her past and make a transition into a much better future.

Stream “19 & Dangerous” by Ayra Starr below: 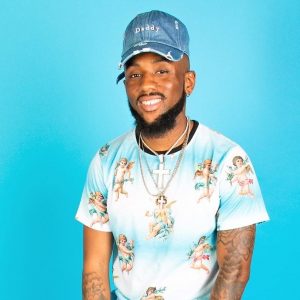 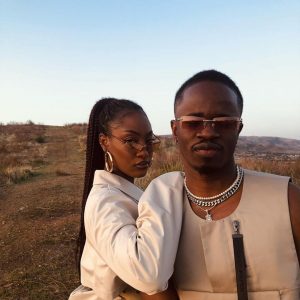