Every week, we highlight the very best of Nigerian music for your listening pleasure. Check out our selection of the best new Nigerian songs you need to hear featuring music from Wande Coal, DJ Spinall , Yemi Alade, Jesse Jagz, Skales and more.

Black Diamond CEO, Wande Coal finally gives us video to earlier released bop “Again”. Wande Coal set off the new year and decade with the release of “Again” which made it on his 2020 EP “Realms”. On this mid tempo Afropop tune produced by Melvitto, Wande showcases his irresistible sentimental side.

Our freshly-established popping artist, Omah Lay continues to thrill us on with more amazing music on his predominating journey. This time high profile disc jockey DJ Spinall recruits the wonderkid on his therapeutic single. “Tonight” oozes of a fusion of melodic afro sounds and jazz flow with Omah’s charming vocals of motivation and perching smoothly on the song.

Mama Africa, Afro-pop diva Yemi Alade returns to the music scene this year with a smooth throbbing afro single called “Boyz”. Yemi’s powerful and rhythmic voice soars on this jam singing about the type of boys she likes and the types she doesn’t. The multiple award winning singer continues to flourish on the international music scene with a successful project “Woman of Steel” released last year and her thriving song “Shekere” featuring Grammy award winner Angelique Kidjo.

Twin music-duo, DNA finally get to release their first body of work since they got signed to Mavin Records in 2017. They call it “Gemini”, a 4-track project that features a coalescence of diverse sounds including soulful, jazzy, funky, pop and highlife elements infused into afrobeats. “Kayama” stands as a jaunty afropop groove on the E.P, where DNA put forth their creative ability to churn out love lyrics with ease and melody.

Coming with an exclusive music style, PentHauze superboy Cheque releases a euphonic single titled “Satisfied”. Cheque’s vibe versatility can traced from his previous releases “Jeka Soro”, “Pain Away”, “Abundance” and his remarkable verse on Olamide’s “Warlords”. This time Cheque brings a lyrical thrill on the lilting jam, “Satisfied” which serves as a first single off his forthcoming EP titled “Razor”.

When it comes to artist growth, Dunnie can be described as a symbol of evolvement with her immaculate sound and evergreen silk vocals, always bringing soothe to the soul. She recently released her “Four” EP which she described as her growth brandishing project. A luscious annotative into Dunnie’s artistry comprising of her songwriting, singing, and production skills. “Koro” is lively harmonic and catchy tune with breezing vocal melody from Dunnie.

Industry veteran and hiphop heavyweight, Jesse Jagz returns from a long hiatus since the release of his last project “Odysseus”. Jesse delivers a personal story; a 5 tracked project culled from his other name “Garba” with each track representing a fragment of his tale from “G” to “A”. Jesse narrates deep thoughts and stories from his hometown, tales of family, women and money on A with his pen depth and dense punchlines that we’ve missed.

Budding talent Straffiti unites with Spaceship Records’ fresh protégé Buju to deliver a blazing afro-fusion tune titled “Everywhere”. Buju’s fluid and unique mellow voice beautifies the rhythm on this song with melodies that glide into your brain as Straffiti serves justice to the beat with his stylistic flow.

The Oga Boss, Illbliss makes a grand return with highly anticipated body of work, the “Illy Chapo X” album. The vintage album comprises of 17 tracks with features from A-list artists including Phyno, Olamide, Yemi Alade, Johnny Drille and Niniola. Remember is a very notable track on the project as we witness a rather unique team up with Johnny Drille who pours his surreal and ecstatic vocal on this mellow hiphop tune to set the pace for Illbliss’ classic rap verses.

Building artist and songwriter Tochi Bedford comes through with a fresh single off his forthcoming project called, “External Mob”. On this mid-paced trap song titled “Disintegrate” he recruits the gasconading vibe of alte music huncho Santi as they vaunt their finely sculptured vocals on this track. Disintegrate from start to finish is a total romp.

OHK Entertainment serial hitmaker, rapper and singer Skales releases a mid-tempo afro-dance banger to propagate his upcoming EP tagged “Healing Process”. The EP is said to be out on June 19, and it houses 7-tracks and features Walshy Fire, Ice Prince and Mc Makopolo. “Badman Love” serves the right spice with sonic energy and a catchy melodies from S-2-D-K as he sings of how love can encapsulate a badman.

If you’re planning a house party, CDQ has the right banging tune for you to vibe to. The self-proclaimed street pop general delivers yet another fire song with an afro-bop beat from the multi-talented craftsman – Masterkraft. “Show Me” is a head-banging mid-tempo afro jam where CDQ lays hit sleek verses effortlessly.

MixNaija Entertainment celebrates their 3 successful year as a record label in the music industry this month. To crown the celebration, they dished out a fresh afro-fusion tune with their star act, the classical boy T-Classic spearheading the track “Hold On” is a rollicking mid-tempo afro love tune blessed with T-Classic’s ethereal vocals singing mellifluously. 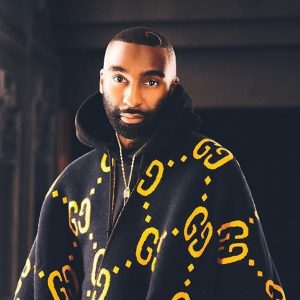 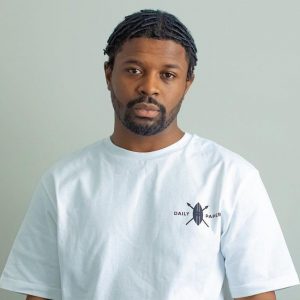