Renowned for consistlently churning out jams as she previously blessed fans with singles “Skhathi” and “Njalo”, Ambitiouz Entertainment’s r&b act La Sauce is finally out with her second studio album titled “Sindisiwe”. Sombre r&b number “Questions” is our pick off the higly impressive project.

Nobuhle – Always With Me

Gifted South African songstress Nobuhle is back with another incredible masterpiece track dubbed “Always With Me“. The song was released under the staples of Sun-El Musician’s label El World Music.

Award winning vocalist Mpumi Mzobe has debuted her album “Nompumelelo“. Known vastly for helping others score hit, the songstress aims to stalk her own claim with a jam-packed 16 track album. Our pick off the album is earlier released “Black Man” which features Bucie, which is currently the most streamed song off the project.

This is the official music video of “Uyandazi” by Dj Tira featuring the wonderful songbird Berita. “Uyandazi” is take from Dj Tira’s latest album titled “21 Years Of Dj Tira” – a celebration of a remarkable 21 years in the South African music industry.

New pop single “Ukiss” is the 5th track on music sensation Aubrey Qwana’s recently released “Imvula Mlomo” album. The impressive effort by the talented act debuted last week and has crawled into Apple Music playlist, following the success of his “Molo” music video which has already hit 1million views having been released only few weeks ago.

South African rapper; The Big Hash links up with heavyweight hip-hop artiste, Kwesta on a song aptly titled “High School”. This comes hot on the heels of his recently released album dubbed “2 Skeif”.

KayGee DaKing and Bizizi return with full force with “Hello Summer”. The hit-making duo collaborated with producer Mphow for their latest Amapiano jam-fest. “Hello Summer” is expected to appear in their second joint project due in the summer that’s been titled “Double Dragon” EP. 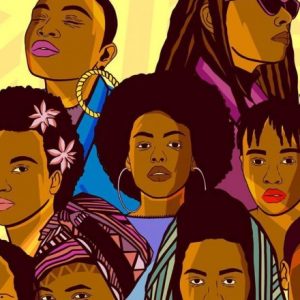