Every week, we highlight the very best of Nigerian music for your listening pleasure. Check out our selection of the best new Nigerian songs you need to hear featuring music from Fireboy DML, Rema, Prettyboy D-O, Cruel Santino, Yang 21 and more.

Sensational Singer and YBNL Golden-boy Fireboy DML returns to the music scene with a fresh and scintillating love single titled “New York City Girl”. The afro-pop and rnb finally releases his debut single for 2020 after the massive success of his “Laughter Tears & Goosebumps” album that is still doing heavy numbers in digital stores. “New York City Girl” is a mid-tempo afro-pop track with R&B sensibilities where Fireboy DML tells the story of a New York girl whose love has left him enchanted.

Mavin’s wonderkid, Rema returns to with a brand new smashing hit single which is already rocking the local and international airwaves. Rema, who is on a path to global stardom after being recently announced as Apple Music’s “Up Next” artist and also released an exclusive track for ColorsXStudios, delivers “Ginger Me” another love-themed tune in alignment with his previous hits.

Grammy nominated Burna Boy delivers a powerful verse on the remix of South African artiste Master KG’s raving hit “Jerusalema” remix. The remix of the single berths a wider audience acceptance to the South African sound and creates a chart-topping atmosphere for the hit.

YANG 21, a Nigerian Afropop artiste has released a new mid-tempo song titled “Jealous” which happens to follow the success of his debut EP: “Goosebumps”. On “Jealous”, YANG 21 paints a picture of two lovers whose overt displays of affection tend to get onlookers jealous.

DMW boss Davido joins American singer-songwriter Teyana Taylor on her newly released 9-track album titled “The Album” featuring the likes of Big Sean, Quavo, Lauryn Hill, Kehlani and Missy Elliott. Teyana Taylor and Davido seamlessly combine on afro-infused song “Killa”. The song talks about a courageous woman who is willing to fight for what she wants.

Talented singer Badboy Timz releases the remix to his widely accepted and chart-topping hit single “MJ”. The remix features DMW pop star, the Mayor of Lagos – Mayorkun who brought his adroitly-spiced verse on this track to create a more addictive version. “MJ” is an upbeat afro-pop tune that gets your body rocking to the groove!

Rapper, Zoro teams up with the Mayor Of Lagos, Mayorkun as they serve us a remix of original single “Two”. The remix is adorned with Mayorkun’s unique voice and pop vibe, while Zoro delivers evergreen rap verses as they both sing about spoiling their lover with the best things of life.

Zanku Records frontline, Zlatan releases his second body of work titled “Road To CDK” which features label mates Jamopyper, Oberz and Papisnoop. The EP contains 5 tracks, four previously released singles and one new song “Suffer” which features gifted crooner Oberz. “Suffer” is a motivational song about the struggles of growing up poor and the zeal to break the cycle.

OHK Entertainment star act, Skales has recently releasd his new EP, the “Healing Process” which comprises of 7 tracks filled with diverse afro sound fusions and features Walshy Fire, Ice Prince and Mc Makopolo. The EP defines an episode of restoration and curative from years of anxiety, anguish and soreness and a new found peace and pacification. “Loko” is a mid-tempo heavy afro sound with dancehall fusion, featuring popular dancehall artist, Walshy Fire. The track is a head-banging club hit that gets you grooving to the bounce.

Super energetic and unique artiste, PrettyboyD-O finally releases his “Wildfire” E.P and recruits the likes of Olamide, Wani, Tim Lyre and Solana. The 8-track project carries Prettyboy’s raging energy and vocal intensity on a collection of masterly crafted afro-influenced beats. “Wetin You Smoke” is a deviation from his conventional sound as he features YBNL boss Olamide on the upbeat Zanku beat. They duo deliver slick verses and a catchy hook.

Veteran entertainer, The Koko Master, D’banj has resurfaced in the media with heavy controversy and allegations against him, but amidst the negative buzz he releases a fresh native afrobeat track featuring Seun Kuti and Fela’s band – Egypt 80. “Stress Free” is D’banj’s first single for 2020, and it oozed with pure African afro and jazz sounds where he sings about living life easily and putting off stress.

The song was released in commemoration of his 40th birthday. Stream here.

Super creative Nigerian artiste Cruel Santino formerly known as Santi has teamed up with West London French rapper, Octavion to create a production of piano keys and 808s. “End Of The Wicked” is an uptempo summer vibe sound where Cruel Santino showcases his trademark alternative style, ably assisted by Octavion who did justice with his wicked flows.

No Slowing Down! Tiwa Savage Follows the Success of 49-99 with Two New Tracks 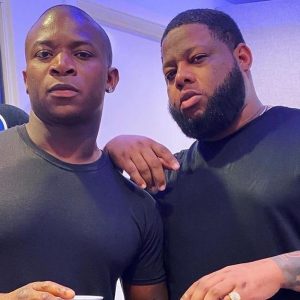 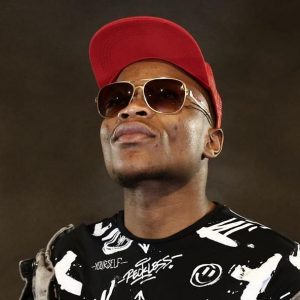