Every week, we highlight the very best of Nigerian music for your listening pleasure. Check out our selection of the best new Nigerian songs you need to hear featuring music from Tems, Mr Eazi, Yung L, Praiz, IllBliss and more.

In her season of bloom and buzz, with international collaborations and wide-range recognition, alternative afro-soul singer Tems births her first single for the year. Her new song is a soothing vibe that sets you in a lenitive mood. On “These Days”, Tems reminisces on a love tale that went sour, as her exceptional vocals sends you into daydream.

Banku isn’t just a delectable Ghanaian staple, but has also become a distinctive music sound and Mr Eazi stands as a pioneering part of this sound. The Empawa mogul officially gives us a full version of this love record he’s been teasing us with on social media. The afro-poppy tune is saturated his vocally extravagant shower of affection and promises of love. This song is released in anticipation of his forthcoming coming EP “One Day You Would Understand”.

After a series of tweets and replies, Yung L aka Mr Marley finally releases the remix of his party jam “Eve Bounce” featuring the Starboy Wizkid. On this remix, Wizkid splurges his lyrical expertise on the upbeat afro-dancehall and reggae sound to create a refined tune. This Yung L and Wizkid combo produced wholly unique venture of bliss.

Nigerian music acts continue to soar internationally as Jamaican afro-dancehall star and grandson of Legend Bob Marley, Skip Marley releases an invigorating remix to his single “Slow Down”. The song which previously featured American contemporary R&B artist H.E.R now has Nigerian superstars Davido and Oxlade in addition on the remix. This is definitely a heavyweight collaboration that will enthrall your ears.

Rising swiftly to the top of the Apple Music charts, Omah Lay sets a new standard for rising music acts as his new E.P – “Get Layd” rocks our airwaves. He displays his music intelligence and starlet potential as he delivers a project comprising of diverse sound fusions and tempo. “Damn” serves as the first track on the project, bubbling with an afro-pop and soul fusion with a piercing soft bop. Omah rhymes his cleverly written lyrics on the song with a sprinkle of passion and soothe.

Hip Hop principal Zilla Oaks pulls together a collaboration of hip hop heavyweights to produce a banging tune titled “No Conversate”. On this, he features Marv OTM, trapper Prettyboy D-O and Mojo. This track blazes with ryhmes and wordplay that hit hard as they pour out their master skills with confidence.

While we’re yet to get over the original version of “Gobe”, L.A.X decides spice up the track with a phenomenal all-star remix featuring two of Nigeria’s top female artists, Simi and Tiwa Savage. On the remix which he tagged as a female version of the original that featured 2baba, the ladies wasted no time in reminiscing tales of infidelity in relationships on the afropop beat and catchy hook.

Talented award-winning RnB Singer Praiz, drops a fresh and relaxing afro-soul jam as his first single for the year. The love themed mid-tempo track carries a seductive sensation as Praiz dishes out his magical voice, with a rap feature from the Super Cool Cat, Ice Prince who as well brought some exquisitely impressive rap verse on this song.

Talented producer and storytelling songstress, Dunnie serves us a birthday treat off her forthcoming project “Four” with a new single “Overdose”. “Overdose” is an enthralling story of love and its effects on lovers. Dunnie’s cadence and affectionate vocals puts you on a passionate joyride as she narrates the beauty of love on the smooth afro-pop beat.

Rap veteran, the real Oga Boss illbliss gets set to release his 10th music project and 6th studio album titled “Illy Chapo X” on Friday, 29th next week. Fever serves as the lead single off the project with an outstanding feature from Mama Africa Yemi Alade who delivered an ecstatic hook on the guitar rhythm afrobeat. The Goretti Boss didn’t’ fail to spill his iconic multilingual verses infused with Igbo and English raps and lyrical wordplay. Fever is his first single for the year and his project is something to look out for.

Mystro – Blow Me Away

Mystro continues to be a maestro when it comes to delivering hits. The song writer and music producer continues to display his musical prowess as he delivers yet again this amazing and intriguing tune that will surely blow you away. “Blow Me Away” behold a danceable melody and catchy lyrics that gets you singing along. 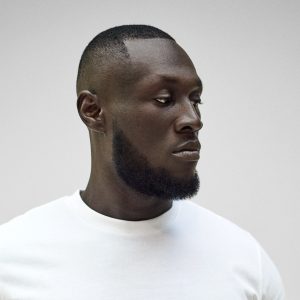 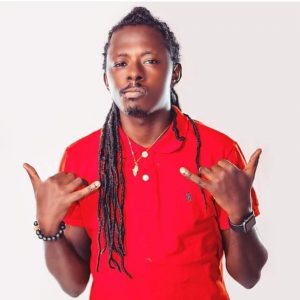