Every week, we highlight the very best of Nigerian music for your listening pleasure. Check out our selection of the best new Nigerian songs you need to hear featuring music from Zlatan, Mr Eazi, May D, Prettyboy D-O, Yung6ix and more.

As quintessential rapper, Prettyboy D-O wraps up and gets ready to deliver his mixtape “Wildfire” on the 17th of June which will feature top acts like Olamide, Wani and more; he gifts us with a fresh high-spirited trap tune titled “Odeshi”. Prettyboy’s remarkable unique vigor and energy wasn’t missed on this track, where he fuses heavy verses perfectly with Tim Lyre, and they talk about their ability to overcome adversaries.

DMW/30BG homeboy B-Red returns to the music scene with his second release for the year after “Dollar” which features label boss Davido and heavyweight Perruzi. This time he collaborates with the Mayor Of Lagos, Mayorkun on this uptempo stringed afrobeat single titled “Dance”. B Red’s cool and rich-textured vocals waver on this jam as Mayorkun fits his verse perfectly on this tune.

“Industry sisters” (as they refer to themselves) reunite once again to deliver another banging joint following the viral success of their previous release “Sensima”. “Banger” is another smoothly crafted track as the familiar duo effortlessly deliver a blending cadence on this mid-tempo afrobeat hoarding a perfect treasure of melodies. This serves as their third collaborative joint and they drop a banger!

Afropop superstar Mr Eazi graces us with a new four tracked E.P titled “One Day You Will Understand” filled with melodic afro tunes. The project features the best of Empawa protégés including C Natty and King Promise with other acts. Topping the project is “Baby I’m Jealous” which features King Promise, a mid-tempo passionate love tune with a soothing rhythm and heart-melting lyrics.

Jamaican reggae and dancehall singer, Kranium releases a classic remix of his previously released single titled “Gal Policy”. To beautify this remix, he teams up with Nigerian Queen Diva, Tiwa Savage who brings her sizzling and torid bad girl aria into this tune. “Gal Policy” (Remix) is a dancehall tune that glows with sweetness.

Following series of controversies with former label Square Records, and the release of his buzzing project “May Day”, once again May D leverages on his media buzz and trend and serves us another state-of-the-art single from his archives. “Low Lowo” is a Yoruba word that means “Now Now” and “Having Money In Hand”, and May D uses this term to sing melodiously of his abundant wealth and success.

The master of trends and Zanku originator, Zlatan once again jumps on the reigning “The Matter” trend ongoing on social media. He finally releases the full version of the snippet teaser after it became a viral sensation and fans requested a full song. He features label mate Papisnoop on this upbeat comic groove as they rap about different unresolved matters surrounding the music industry and the country at large.

Yung6ix resurges with a new sound he calls “Trapfro”, a fusion of afrobeat and the trap sound; and also releases a new project to implement his sound, he calls it an “Introduction to Trapfro” which serve s as his third studio album featuring top artists like Sinzu, Peruzzi, Dammy Krane and Erigga. “Step 1” is a bopping afrobeat tune that gets you grooving to its danceable rhythm and addictive pulse as Yung6ix vibes his lyrics wittily to the bounce.

Budding afro-fusion artist, Talksiick recently released his “Love Is Siick” project which comprised of a carnival of diverse afrobeat sounds including afro-soul, rnb, afro-pop, and other alternative sounds. The love inspired project boasts of notable features including Ckay, Blaqbonez, Remy Baggins and more. “The Friendzone Song” oozes of gracious melodies as Talksiick and Ckay unite to create a canorous synthesis of sleek vocals.

Rising alternative pop artiste, SydneyofAfrica releases his debut record for the year, “Moves” following his fascinating “Eruption” E.P in 2019. “Moves” is a high-tempo hip hop fusion with a trap vibe which flows perfectly with Sydney’s song-writing intelligence and symphonic finesse.

Profound Nigerian rapper, Vector returns to our ears once again with another philosophical and educating poetic project packed in a four tracked E.P titled “The African Mind”. He speaks about rape, social injustice and the caged African mind; Vector serves us a dish of critical thoughts and mind-boggling theories on a plate of aesthetic melodies and a seeping ambience. On “Rape Voem”, he addresses the issue of rape, how it plagues our country and how our mentality has been affected.

Interview: Larrylanes Leads the Charge of a New Generation of Nigerian Producers 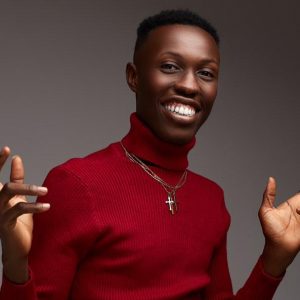 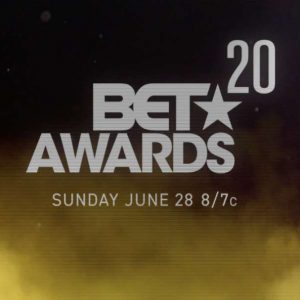