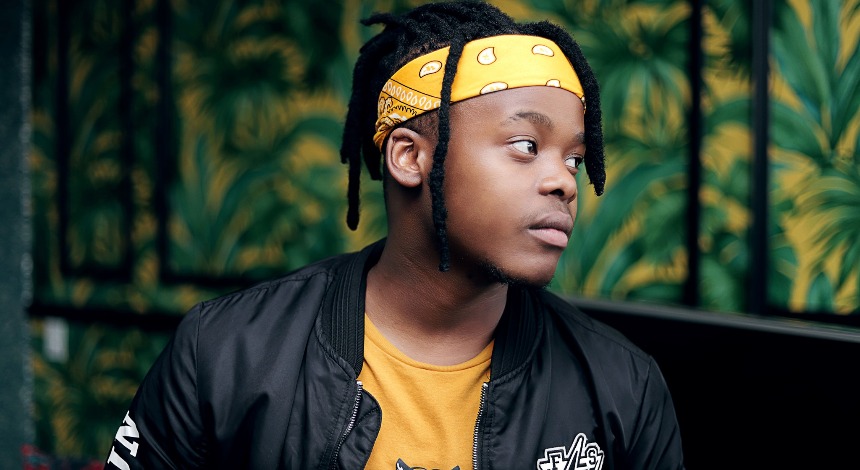 Every week, we highlight the very best of South African music for your listening pleasure. Check out our selection of the best new South African songs you need to hear featuring music from Kid Tini, Big Zulu, Joya Mooi, B3nchmarq and The Big Hash.

Kid Tini comes through with some good vibes on this new one he calls “Buss A Move”. Launching a challenge along with the track, Kid Tini brings forth #BustAMoveChallenge to see who has the best moves. Peep the brand new “Buss A Move” single by Kid Tini below:

Big Zulu dresses up for his new “Ama Million Remix” video. Joined by fierce rappers like Kwesta, YoungstaCPT, MusiholiQ and Zakwe, this remix is a hard rap track and the video has authentic references to kasi (township) culture.

Produced by Blazehoven, “Hold You Tight” is a short and intense ambient RnB song. Joya Mooi, of South African origin and based in Amsterdam, explained that “distrust, love and self-stigma” inspired her to write this smooth track.

Dibi is one fierce rapper with ferocious pen game, he keeps delivering the most unapologetic raps and when it comes to visual representation he surely has great direction to compliment his messages. Dibi has officially released his music video for “The Online Dating Interlude” taken off his 2019 project “Up Till Now”.

Collaborating with rap veteran, Towdee Mac, B3nchmarQ finally release their much anticipated joint, “Same Energy”. The track first aired on OnLife Radio last Wednesday as Slikour premiered the exclusive. B3nchmarQ unleash that same energy for the masses, have a listen.

The Big Hash continues his spree by dropping a new single titled “Sad Summer”. “Sad Summer” is a collaboration with label mate Malachi. The song did not appear on his recent EP and as such shows the rapper has more than enough arsenal in his cabinet.

Gaba Cannal drops a new Amapiano bomber titled “UChocolate”, a potential smasher featuring the vocals of Zano. The two collaborate to give a new dimension to Amapiano. A nice joint to lift up your day!

“Lost and Found” is an extended play performed by South African hip hop artiste Maraza. It’s the rapper’s first project in two years. Maraza collaborated with Young2unn Beats & Crowned Yung on the 9 song laden project. The EP consists of one of his most recent efforts “Korobela”.

Hitmaker Benny Maverick returns with a new Amapiano bomber titled “Wena” featuring the sonic voice of Skye Wanda alongside producer De Mogul SA. The love song sees Skye Wanda sing about readying to be with the one, a love interest. Benny Maverick’s last hit was “Memeza” and “Wena” should update that.