After the release of his much anticipated album “F.L.A.I.R”, Unorthodox Reviews had a chit chat to get to know more about RJZ’s identity as an artist, creative process and musical thoughts. Enjoy!

1. Who is RJZ and why the name change from Twyce?

RJZ is an initial for Rocko Jové’s Zenith, which is a phase in my musical career and journey. The reason why I changed my name is because I wanted to have a fresh start and actually apply my desires, beliefs and perceptions in my name.

2. What do you think makes RJZ stand out from other acts?

His source and the way he perceives and gives the audience a vivid vision of what he’s painting out or how he is able to make the audience visualize everything he says perfectly even with complex and intelligent phrases and concepts.

3. Apart from hip hop, which other genres of music might you dabble in?

I might go into Indie Rock and Neo-Psychedelia. That’s actually my plan to swish to it but I’m trying Afro for now because it’s the new ‘flava’ and I don’t think there’s anything wrong with experimenting with my talent on Afro songs.

4. How do you balance music with other obligations –school, social life etc.?

This I’d say is hard to explain.. I just try my best to balance it. I do whatever I feel is necessary at that moment.

5. Tell me about the Flair Album. Were you able to create what you envisioned?

Well, I would say I did quite a good job with what I envisioned, it wasn’t perfect but it was there!

The FLAIR ALBUM. An abbreviation for the phrase “For Love And Integrity Reigns” is a 16 track audio project addressing the extinction of love and the craving for love and integrity simultaneously in the world of music and the concerns about the elevation in difficulty to be heard as an individual, to make waves, create an identity, and the measures one has to take to be able to break through and create a music career for himself. This album lays emphasis on these situations and other topics that have to do with love for oneself, the power of love and its strengths and vulnerabilities.

Well, I would say it has had a shear effect on the growth on my fan base as an artist and I’m very grateful for that. With the experience, I’d say it was a very memorable one. I met wonderful people who contributed massively to my development as not only an individual but my brand as well.

7. If you had to create a playlist of your Top 6 artists of all time, who would it comprise of?

8. Why do you think Hip-hop has still not peaked in Ghana?

I believe it all depends on the audience. The wider range of people in Ghana prefer songs you can dance to and just when we thought hip-hop was going to grow and gain attention, Drake literally certified Afro-pop and dancehall songs so it’s become even more difficult to make wave with hip-hop.

9. What do you feel is the most pertinent issue in our society and what in your opinion is a rapper’s role for being a force for societal change?

It’s the good music and the morals in them, not just ignorant music you can dance to. That’s not music, that’s noise! My role as a rapper is to try and change that. I personally feel it’s a waste of time to actually make a societal change but hey there’s no harm in hoping it will. The issue is the level and domination of ignorance.

What next? Lol I think experimentation, will try out Afro music and see how it goes, doesn’t mean I’m stopping hip-hop… I’ll definitely be back because it’s the only way I can truly express myself. 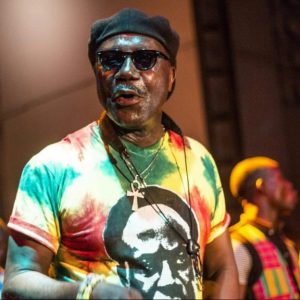 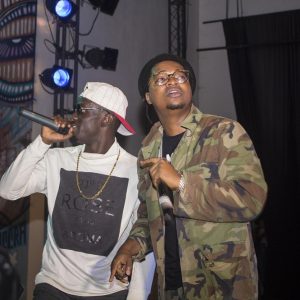