Paapa began taking piano lessons at age 5 and by age 7, he was already playing by ear. Music became an obsession. He later took a personal interest in several other instruments. He taught himself percussion from age 9, guitar from 12, drums from 15 and saxophone from 16. Enjoy getting to know this genius.

1. Who is Paapa and what makes him different from other artists?

I consider myself a musical artist, painting pictures, and telling stories through sounds and words. I think what makes me different from other artists is a couple of things: I’m able and not afraid to combine all my influences in my work, from Stevie Wonder to Kirk Franklin to Kanye West. The second thing that makes me different is that I have a pastoral heart, and that means is I care deeply about people and about the impact of my words, and always want my art to encourage, uplift, and challenge people towards living more fully and loving more deeply.

2. Songs for Kukua is a very beautiful Project. What was the process like in getting it ready?

Chale that took a lot of work and soul-searching. It was unlike anything I’d ever done before but was very much something I’d always wanted to do. I’d always wanted to create a full album that would be a cohesive body of work, telling an overarching story, while experimenting with different sonic textures and lyrical themes. A big part of that process was constantly fighting my urge to do what was trendy and to stay on course with creating something meaningful for me.

I created the entire record in my dorm room at Reed College (US), while in my sophomore year. And then recorded all final lead vocals in the Skillions lab with Jayso, in a week. It was quite the push to get it ready by Kukua’s birthday (6th March), but it was well worth it.

3. How did you meet Jayso and what role has he played in your career so far?

I met Jayso 10 years ago (whoa!) through my older sister who had some connection with him. At the time, I was making full beats exclusively on my Yamaha keyboard, and so I carried it with me to the studio, played some beats, performed some songs, and that was it – Jayso and I have been in each other’s lives since. Jayso’s been a mentor, big brother, and cheerleader, affirming my craft and mission and ever ready to mix and master my work. In other words, there would be no ‘Paapa’ without Jayso.

5. How will you define the genre hiplife? How different is it from hip-hop? And why do you think hip-hop has still not peaked in Ghana?

I think hiplife is almost as broad as hip-hop is, and there’s a lot of overlap between them. But because I’m a genre-bending artist, I’ve always focused more on how similar they are, on how they’re fundamental ‘fusion’ genres. And I think hip-hop is very widely accepted now – take a look at Sarkodie, M.anifest, Kwesi Arthur etc.

I’m planning a 3 part series, so yes there’ll be a part III. The plan has been to make the part I what it was – acoustic R&B/soul. And then to take part II through hip-hop, and then to make part III an afrobeat/fusion record. But in all, the whole project was inspired by me having so many literal technical difficulties creating music in my bedroom. But deeper than that, it became a metaphor for life in general, for how much life never really works out the way any of us plans it to, and me learning to embrace that fact in my own life. Aaaand, I figured my fans would like to hear me from me so the whole project is me just sharing where I’m at in life in the best way I know how – musically.

7. What do you think your listeners will get out of your music?

Well first, I want my listeners to just have some good music they can bump whether at work, in your car, or mowing the lawn. And, I sure hope my listeners to get to be challenged by what I’m learning and growing in. As I’ve already said, my hope is for people to ultimately be encouraged to live more fully and love more deeply.

8. What are your thoughts on the current state of music in Ghana?

From what I can observe, I think it’s never been more exciting. There are way more artists taking more creative risks, and the entrepreneurial side of music also seems to be growing – more ways to create revenue streams are popping up left and right. Obviously, social media has been a godsend in connecting the right musicians to the right fans. But I still think there’s still a long way to go in creating a legitimate industry that gives artists their due.

9. Walk us through the creative process of Paapa.

That’s a tough one. I’m literally always creating. Whether in a lecture, in the shower, or even sleeping, there are always connections happening between words, melodies, and beats – sometimes they connect from the start, sometimes they all connect later on. Since I’m not always in my home studio, a lot of the ideas first hit the air in whatever notebook is around me, my Evernote app, or voice memos. And then I revisit them later and take the time to flesh them out more fully with my setup. I’m pretty possessive and particular about my art, haha, so I like to create everything myself. Jayso likes to call me a ‘greedy genius’.

Well, only God knows. I’m currently finishing up a Masters’s degree in Finance here in the US and will see what happens next. But music will always be a part of my life and so hopefully once this academic chapter closes, you can count on getting more music from yours truly. 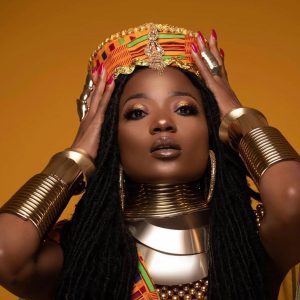