Unorthodox Reviews had a chit chat to get to know more about Bryan The Mensah’s identity as an artist, creative process, and musical thoughts. Enjoy!

1. What is your musical background, who influenced your style?

Well, I generally listen to a lot of trap, alternative, and pop music. My musical influences may come from artists like Raury, Burna Boy, Rae Sremmurd, AKA, Kanye West, Justin Bieber, Santi, To name a few.

My creative process.. okay. It normally starts with a melody or a bass / 808 pattern that for some strange reason, always seems to come to me when I’m doing any non-music related activity like washing dishes or cleaning up the house. The next thing that mostly happens is I make sure a subject matter is of concern to me and I make sure I understand it. Then I start writing. After the written piece is substantial enough to build a production with, I go ahead and start producing. A lot More ideas come in at that stage. From there, a few modifications here and there, and then the song is pretty much done.

3. How do you distinguish yourself from other artists and how would you describe your own style?

I think I’m just fortunate to be able to understand music production to a level where I can always apply it to the artistry of my music which helps me experiment a lot. Due to that, I feel like there aren’t any boundaries to what I can create as an artist. Most artists around here don’t push themselves too much to find new sounds or new crafts. I think that’s one thing that makes me different from them.

4. Friends With The Sun earned you a spot on Apple Music as a “New Favourite Artist’’. How did it feel being shortlisted by the foremost music streaming service in the world?

It felt great. That was the moment where I finally convinced myself that I’m not supposed to chase after a sound that isn’t mine just by the mere fact that it’s either more commercial or it had already been accepted by the people. The rule became ‘Make great music, push it to the people and you’ll be recognized’.

5. Road to Hastafari, tell us ALL about it! In what ways is it going to be different from Friends With The Sun?

Road To Hastafari is special. As you might have already learned, it is the title of my album set to be released in the year 2021. It’s funny cos I remember when I said it, a lot of people thought I was going to lay low for all these years to come to pass by and then drop the album in 2021. Haha. It doesn’t work that way. I estimate that a lot of good things will be happening at the time this album comes out and I’ll need the consumer to feed off all those good vibes in order to fully exhaust the music. It’ll be very different from Friends With The Sun. It’s going to be more mature because I learn more about making music every day and apply it.

6. So what are your thoughts on the current state of the hip-hop scene?

I don’t want to call it a hip-hop scene because a lot more artists are diversifying in terms of the kind of music approach they take. I’d like to just call it the music scene and I think it’s growing pretty well. A lot more great music is getting the recognition it deserves, A lot more people are willing to invest in Music now, a lot more people are willing to accept a change and are opening up to newer sounds.

7. If you could compare yourself to an already established artist, who would that be and why?

Hmm. I think I’d compare myself to AKA. Not just because he’s one of the artists I really look up to but he actually focuses a lot more of his time and effort into being a musician than being a public figure. Also, he’s not afraid to take risks which is why I gravitate towards him cos he’s a daring artist.

8. What would make you wanna collaborate with another artist?

His/her style of music or brand perspective has to appeal to me. Either that or a great sense of humor cos I like to laugh. (Please don’t force yourself to be funny). Or a relationship that favors me career-wise.

9. What is the most difficult thing you’ve had to endure in life/your music career?

The most difficult thing I had to endure was probably listening to people who try to advise me on a non-factual basis about how I should approach my music. None of them actually tried to do any of the things they spoke about and I cringe whenever they talk.

10. What do you hope to achieve with your music?

My plan is to inspire people to be the best versions of themselves they can possibly be. I think I’m already doing that and I’ll continue to do that cos the same way doctor’s sole purpose is to save lives and a chef’s sole purpose is to prepare meals, this is mine. Every other thing that comes with it is a secondary blessing in this same direction.

Adomaa is The Star of Her Own Show in ‘Bra’

Here's what to do… 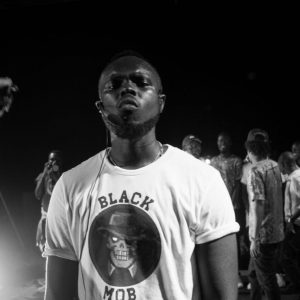 Here's what to do at a Battle Rap Event 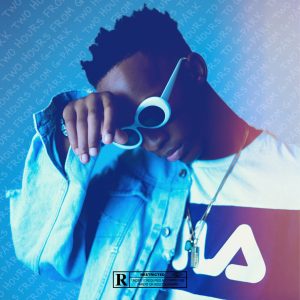