Every week, we highlight the very best of South African music for your listening pleasure. Check out our selection of the best new South African songs you need to hear featuring music from Aubrey Qwana, Ricky Tyler ft Alpha P, Kwesta, 031 Choppa, PatricKxxLee and more.

“Njandini” was released along with the track “The Finesse” back in the month of May, as part of two-track EP titled “2 Skeif”. Wheras “The Finesse” is hardcore hiphop, “Njandini” is a Kaito-infused jam! We are so glad Kwesta is finally seeing up the long awaited visuals.

Gifted South African Afro-soul crooner Aubrey Qwana links up with heavyweight rapper Emtee on new track titled “Ngakwenzani”, a precursor to his forthcoming EP “Imvula Mlomo”. “Ngakwenzani” is hot on the heels of his hugely successful single “Molo” and his “Unplugged” EP.

PatricKxxLee – End of the World

PatricKxxLee comes through with yet another trap banger! The rapper-producer calls this one “End Of The World”. The rapper touches on everyday uncertainties pondering if this is really the end of the world? The track is a precursor to his forthcoming album “Eternity” that is expected to be released on the 18th of September 2020.

Fast rising hitmaker Killer Kau broke out last year with his debut project “After School” which enjoyed massive airplay in South Africa. The Soweto based artiste makes a return as he features Focalistic on a new Amapiano banger titled “Corona” which comes off his latest project “Game Changer”.

Boohle ft Josiah De Disciple – Wanna Give It All

“Wanna Give It All” is one of the standout singles off Boohle’s newly released EP of the “Izibingo”. The debut project is an 8-track offering from the fast-rising singer. Being one of the openers on the EP, “Wanna Give It All” is a soulful introduction to a comprehensive body of work that encompasses elements of afropop, Amanpiano and house elements.

Afro House producer Sun-El Musician has been in sublime form all year round scoring several hits within the calendar year. Focused on promoting the signed talents under his label, Sun-El Musician’s latest release “Emoyeni” is a solid track featuring the effort of fellow EL World artistes Simmy and Khuzani. “Emoyeni” was crafted to celebrate the 60th year anniversary of radio station Ukhozi FM.

“Mali Ye Paper” is taken off producer and disc jockey DJ Melzi’s newly released EP titled “Eighteen”. Undoubtedly one of the standout recordings on the project, the teenage act features Amapiano sensations Semi Tee and Mkeyz on this one.

We Finally Know who Emtee’s Favorite Rapper is

Next Up: Ike Chuks

Next Up: Ike Chuks 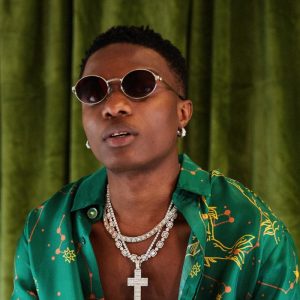 "Smile" is Wizkid's Appeasement Offering for "Made In Lagos" Album Delay