Every week, we highlight the very best of Nigerian music for your listening pleasure. Check out our selection of the best new Nigerian songs you need to hear featuring music from Adekunle Gold, Terri, Tekno, Don Jazzy, May D, DRB Lasgidi, Ceeza Milli, and more.

On a quest to switch up his original highlife sound into a modish sound, Urban Records frontline act, Adekunle Gold juices out a sultry and unusually thrilling tune that is definitely ‘Something Different’. His golden lyrics and subtle voice sequels the BlaizeBeatz produced beat to tell the story of a broken commitment.

The song stuck on everyone’s lips at the moment, “Ojoro” comes off Starboy Records’ Terri’s chart-topping E.P dubbed “AfroSeries”. The Starboy protégé has grown his craft immensely over the years and “Ojoro” proves this evolution. The Sarz-produced track is an impressive lilting and melodious afro piece that brings Terri’s artistry to the limelight.

When it comes to social commentary on a banging track, the certified hitmaker Alhaji Tekno is always the man for the job. Just as he did on ‘Rara’, once again Tekno plunges into the recent dilemma plaguing the country, all of a ‘Sudden’, singing to an upbeat soft and spirited afro tune.

In a season of social unrest, Mavin Records boss – Don Jazzy releases a new song to counsel against the ills of the current pandemic. He recruits the savvy rapper, Falz as they preach and advocate for rightful living and also educate people with keys to stay ‘Safe’ and curbing the spread of this virus. The self-produced track is a mellow afro-soul beat that gets you in your feelings.

As we fall into the month of May, Mr. May D releases his anticipated project ‘May Day’. ‘Call My Name’ tops this E.P as he features veteran, Wande Coal on a funky and ecstatic afrobeat produced by VStix. May D resurges to the music scene with renewed vigor and vitality, supplying his ever passionate delivery on this song.

From ‘Abena’ to ‘Oreke’, Sean Tizzle has returned to the spotlight as he basks in back to back hits this year. “Oreke” is short for “Orekelewa” which defines a beautiful and comely lady. Singing on an afrobeat infused with soft foreign electro-pop beat, Tizzle showers his lover with streams of emotional praises and adornment from his unequally charming voice.

Ceza Milli finally releases highly seasoned project ‘Diamond In The Rough’. Ceeza who is known for creating versatile melodies and catchy hooks delivers ‘Imade’ is a sweet and sonorous love tune that features Tiwa Savage and is produced by breakout producer, Ozedikus.

DRB Lasgidi consisting of BOJ, Fresh L, and Teezee unite to release their long-awaited album, ‘Pioneers’ which serves as a crowning moment for their trailblazing role in the rise of the now buzzing Nigerian Alte scene. ‘Pioneers’ feature a vast collection of alte music catalysts. On ‘Trouble’, fast-rising Afro-soul sensation – Tems combines seamlessly with the eclectic trio.

Starboy International affiliate – Mut4y, one half of powerhouse production duo Leguendury Beatz finally releases his ‘Eu4ria’ E.P with the delectable Elhi who had already proven his melodic finesse on previously released ‘Bad’ and ‘Feeling U’. This time the sensation blossoms on yet another track, ‘Heart Robba’, a mellow and alluring jam.

When it comes to continental tunes, King Perryy always delivers. Notably one of Africa’s heavyweight afro-dancehall artists, the Dem Mama protégé drops an afro-highlife fusion tune to celebrate his ‘jiggas’. ‘Jigga’ is a term used to represents your friends, family, and fans, everyone positively supporting you.

Returning from a long hiatus, winner of Best Female Artist at Afrimma 2017 drops a classic E.P titled “Yellow”. Asikey’s music is a blend of alternative rock, pop, and soul to create and afro-punk sound. With her new release, Asikey is set to re-emerge into prominence on the music scene. She features poetic veteran genius, Brymo on the funky upbeat track titled – “The Kind That Live Forever”.

Rema Presents the Music Video for “Are You There?” 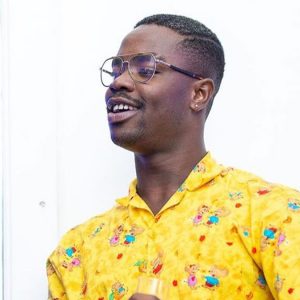 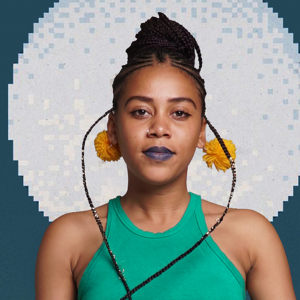