For your listening pleasure, we compiled a list of the best new Ghanaian songs you need to hear. Check out our selection!

Crazy is the third single on Nana Fofie’s 2019 RNBW EP. The r&b break-up anthem is characterized by smooth tones and melodies with lyrics that aptly showcase Nana’s outstanding songwriting ability. The dark-themed official music video perfectly matches the mood of the song.

Blakk Arm Entertainment frontline, Kelvyn boy having teased the release of the all-new single “Momo” for several weeks now, finally drops the jam on our heads. The star-studded record features Darkovibes and Mugeez and was produced by burgeoning Ghanain producer Samsney. Watch the Yaw Skyface directed video below:

M3nsa, one half of Ghana’s FOKN Bois, and Ghanaian-American nu-soul singer Amaarae bring their special flavours to Budapest based producer OIEE’s production on “Still Dey Inside” to create this banging tropical house vibe. Enjoy the soul-laced bounce of ‘Still Dey Inside’ as we anticipate the two musicians’ upcoming projects later in the year.

Highlife stalwart enlists his protege Sista Afia on all-new highlife tune “Ofie Nipa”. In typical Bisa Kdei fashion, the well-written piece speaks on certain realities of life. In this particular instance the reality of betrayal from those closest to us. The song as produced and mastered by Nzema Poppin. Watch the Prince Dovlo directed video below.

Coming off the back of consecutive single releases which include grimey rap joint “Sub-Zero” and love duets “Overload 1&2”, Sarkodie has kick-started an Azonto resurgence with Pee On The Beat produced “Fa Hooki Me” which features fast-rising rapper Tulenkey.

Another song born out of the Sarkodie led azonto revival. Tweeting at rapper/producer E.L, a key player in the sub genre’s global explosion, Sarkodie called for the two to reconnect on yet another collaborative effort almost a decade after the two blessed fans with legendary azonto bangers “You Go Kill Me” and “Dangerous”, and this was the result.

Prolific recording artist and record producer Magnom drops another banger on our heads! He teams up with fast-rising act Kobby Keita, who delivers a catchy guest verse on the innuendo-laden trap-infused jam! “Sadia” was produced by regular collaborator Moor Sound of RGG studios.

To celebrate his birthday, the New York-based Ghanaian rapper Blackway finally drops his first single of 2020 and it features global hip-hop icon Busta Rhymes. “Intense” as the title implies is a rapfest reminding everyone why he should be considered one of the top lyricists not only from Ghana but in all of Africa as he holds his own along one of hip hop’s greats!

Having made headlines within the week, International Fisherman comes through with an all-new single dubbed “Keke”. Typical of Gasmilla, his new cut is one strictly meant for the dancefloor.

Nii Amu returns with a new single “No conversations”, with producer Kenxshin, who produces and features on the song delivering an impressive guest verse. Absorbing tangents of influence from the trap sub-genre, “No conversations” sees Nii Amu at his best, lacing the wavy production with smooth flows and witty lyrics. 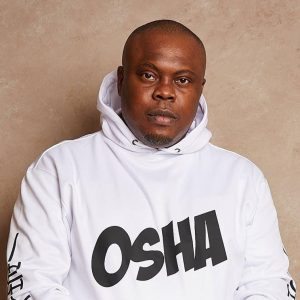 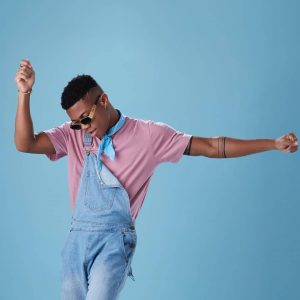