Every week, we highlight the very best of Ghanaian music for your listening pleasure. Check out our selection of the best new Ghanaian songs you need to hear featuring music from Efya ft Tiwa Savage, Shatta Wale, Fameye, DJ Juls, Krymi, Mr Drew and more.

Following the controversy surrounding his earlier released single “Eat” which featured Stonebwoy, Mr Drew makes a swift comeback with newly released “Later” featuring Kelvyn Boy. Produced by Samsney, the contemporary highlife tune sees the duo blend seamlessly as they send across the message: “If you don’t love me now, don’t love me later”. Music video was directed by Abbeam Productions and was shot on location in the UK.

Efya ft Tiwa Savage – The One

West African divas Efya and Tiwa Savage connect on alluring love-duet titled “The One”. Laced with an exotic Blaqjerzee production, the beauty of the song stems from the seamless vocal synergy between the duo, proving why they are widely regarded as the biggest songstresses from Ghana and Nigeria respectively.

Produced by Chensee Beatz, the soulful tune titled “Emergency” sees Wendy Shay croon about missing her lover and longing to be with him. Viral sensation Bosom P-Yung comes through with a passionately delivered guest verse that aptly complements Wendy Shay’s efforts. The crisp Yaw Skyface-directed visuals accurately captures the mood of the song, bringing the beautifully written piece to life!

Renowned for churning out soulful jams, burgeoning act Fameye does not go wrong on his latest drop. Titled “Okomfour Kwadee” the inspirational tune pays homage to the Ghanaian hiplife legend.

Rotterdam-based Ghanaian songstress Nana Fofie is out with bright visuals for new single “Yeno Ntem” which has all the makings of a summer banger. Released on her birthday (1st June), the music video matches the energy of the feel-good summer jam with vibrant visuals throughout.

The “Fa Ma Me” hitmaker gifts us a cozy afrobeat piece titled “Wait”. Characterized by a melodic low tempo, the song’s beauty stems from the synergy between Jetey’s voice and the anon-produced beat. “Wait” tells the story of a Friday night link-up between Jetey and his love interest. Directed by Fif Wilson, the alluring music video stars Jetey and Foxie Silver.

Black Avenue Muzik boss D-Black’s latest drop comes off the back of signing a publishing deal with Sony/ATV Music. Titled “Sometimes” the Red Skandi and PeeOnDaBeat produced record is a reflective joint that sees the rapper chronicle life’s heartbreaks over a laid back jazz-infused hiphop instrumental.

Exactly after giving us hiphop anthem “Yedin”, Kweku Smoke and Sarkodie reconnect on yet another banger! “Apakye” which translates to “Cripple” is a song full of sexual innuendo as both rappers brag about their bedroom prowess. Produced by A-Town TSB, “Apakye” unlike “Yedin” is characterised by an afro-infused dance production.

Taken off the latest volume of the rap veteran’s annual 0106 EP franchise, “Disaster” is one for the true rap heads, not just a rapfest but a Skillions re-union, as Jayso reconnects with Skillion comarades E.L and J.Town.

Ghanaian dancehall superstar Shatta Wale claims his spot as The African Dancehall King as he headlines the “Tropical House Cruises” compilation album, contributing inspirational dancehall cut “Dream” which happens to be the third track on the 25-track compilation project. 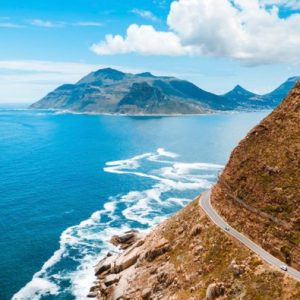 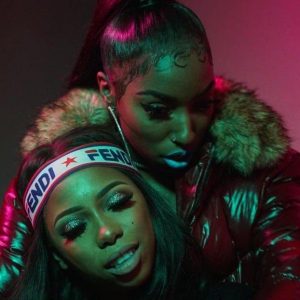